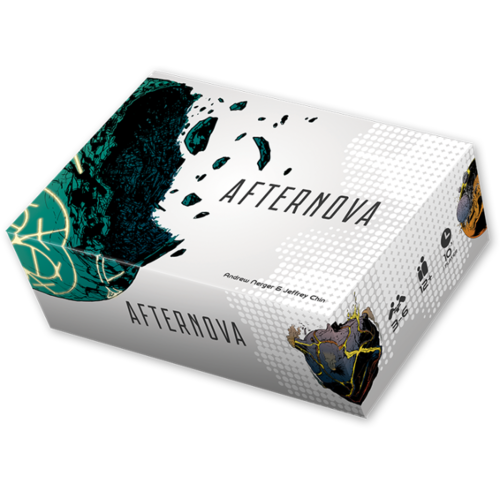 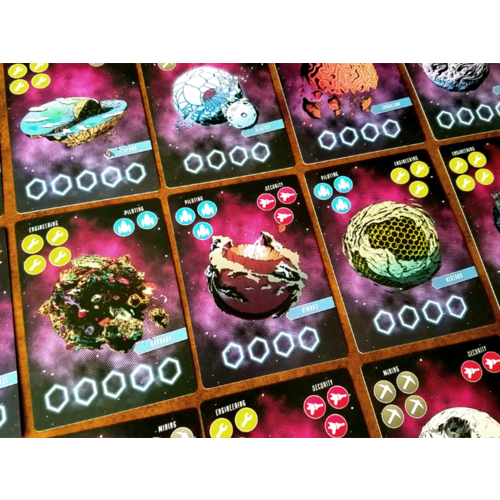 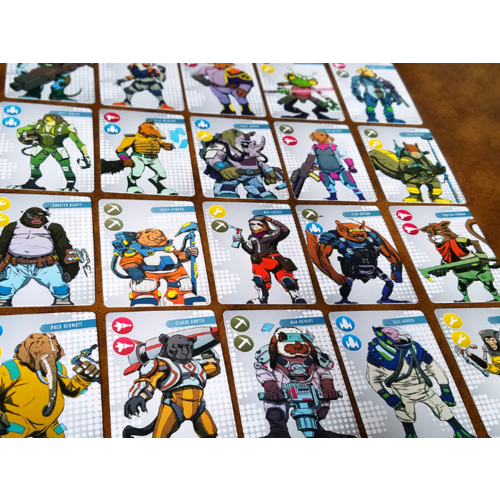 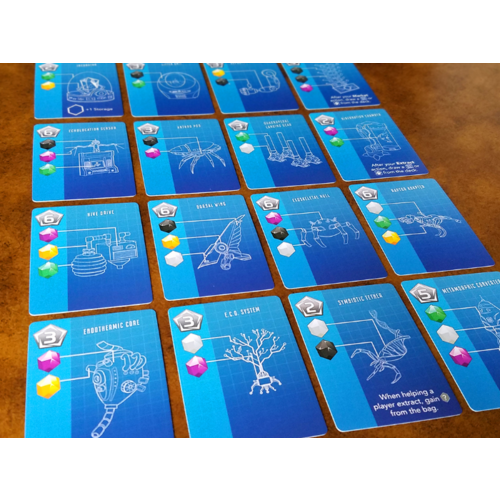 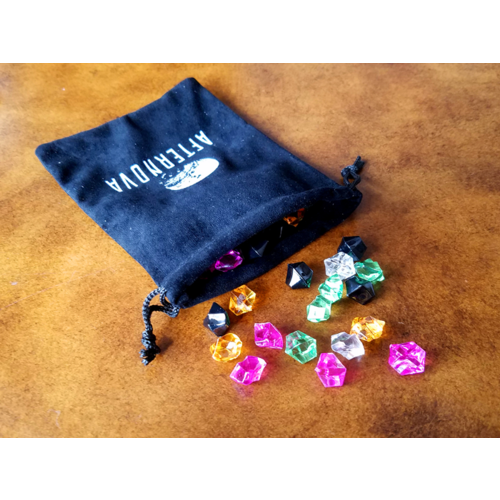 A nearby solar system has been obliterated by a supernova. Now is your time to move in and extract the valuable resources from its unstable planets — but these jobs are too dangerous to do alone, so send in teams of Hired Paws and form uneasy truces with your rivals to come away with the best loot.

Afternova is a strategic negotiation game for 3-6 players. Score victory points by collecting fragments shown on your blueprints to build ship upgrades. When a player completes 6 of blueprints, the game ends and the player with the most victory points wins.

On your turn, you may either take 3 cards from the market or extract fragments from a planet. When performing a Market action, you can take any combination of Blueprint and Hired Paw cards. Blueprints are needed to score points, but they also grant special abilities. Hired Paws have different skill sets, so you'll need a variety of Hired Paws to Extract, or help other players Extract. The core of the game is negotiating during an Extract action. When performing an Extract action, you often don't have all the Hired Paws needed to meet the planet's requirement, so you'll likely need to team up with other players to split the work and the rewards.