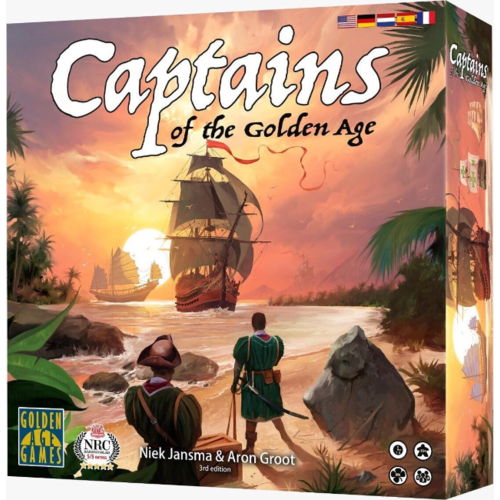 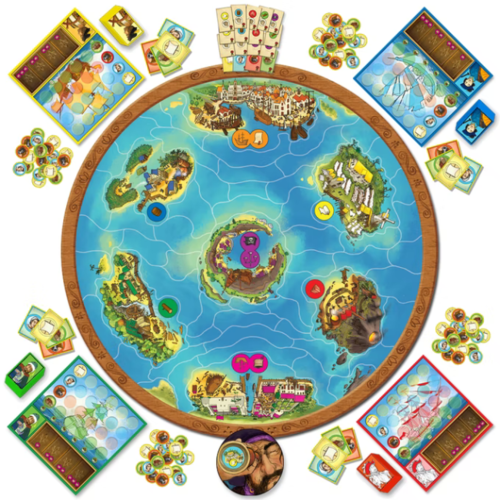 Captains of the Golden Age

Luck is replaced by skill and tactics. Captains is set in the golden age of trading and piracy. Trade pepper and rule the Trading Company! Lees meer

Players start the game on smuggler's cove as one of the four competitive captains. Each captain owns a small ship with a tiny crew, one cannon and an empty cargo hold. Over the course of the game, each captain gathers resources to upgrade their ship at the shipyards of the Orient and the Republic or trades its cargo for valuable pepper in the Orient to get shares in the Trading Company and ensure their victory.

The amount of sails determines how far you move per turn. Crew is used for boarding other ships and plundering cargo. Cannons shoot and damage other ships and the size of your cargo hold determines how much cargo you can load and carry. Besides all this players can hire the notorious pirate at Smugglers Cove, to secretly ambush other captains. Whatever your strategy, always keep one eye on the captain with pepper in his cargo hold."