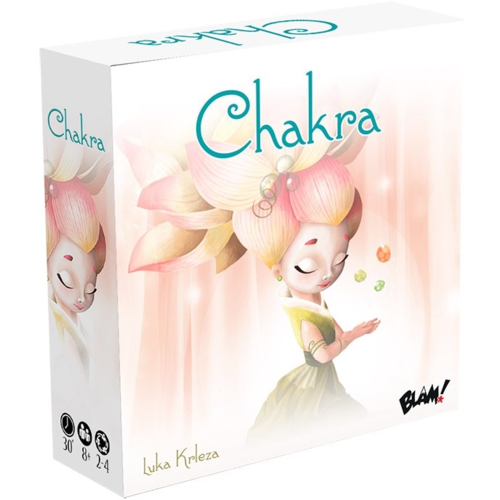 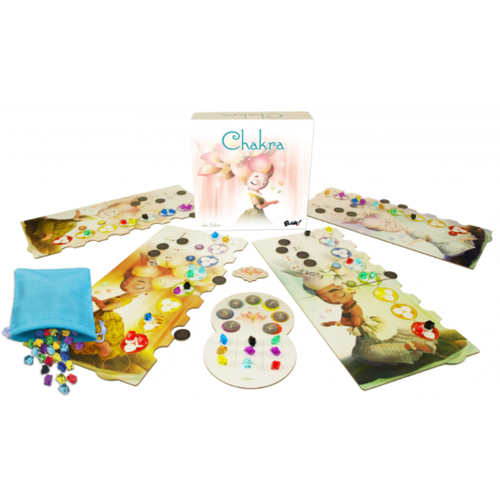 In Chakra players collect gems, place them wisely and move them to their energetically optimal spot. Lees meer

In Chakra, each player has a board that shows the seven chakras they must fill with gems that represent the energy flowing in their body. To score points, a player must harmonize each of their chakras in the best possible way. To do so, they must take the gems and place three of them of the corresponding color in each of the chakras. During a turn, each player (who starts the game with several inspiration tokens) chooses one of the three following actions:

When a player manages to align five of their chakras, the last turn is played before you perform the final scoring.