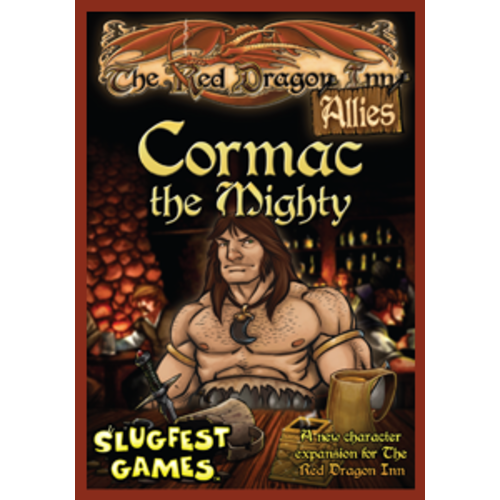 The North was once an inhospitable and uncivilized land filled with danger and glory. But now, it's a land is filled with cities, businesses...bureaucracy! Cormac, a barbarian prince, longed for the bygone times – for a life where he could be a warrior of renown. Frustrated with the unending tedium of council meetings and trade agreements, Cormac struck out into the world to seek his own adventure!

The Red Dragon Inn: Allies - Cormac the Mighty expands the party at the Red Dragon Inn with a brand new human barbarian, introducing a new rage mechanism that allows Cormac to hit harder at the cost of gaining more than the usual amounts of Alcohol Content. Careful management of Cormac's rage level is the best way to victory!

The Red Dragon Inn: Allies is a series of expansions for any standalone The Red Dragon Inn game. Each Allies set includes a single Character Deck, plus components to add a brand new character to your game.