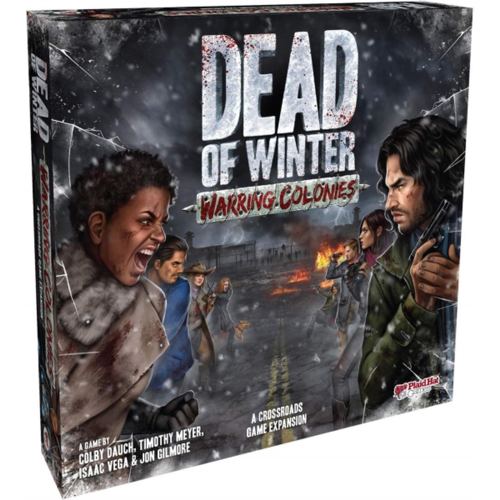 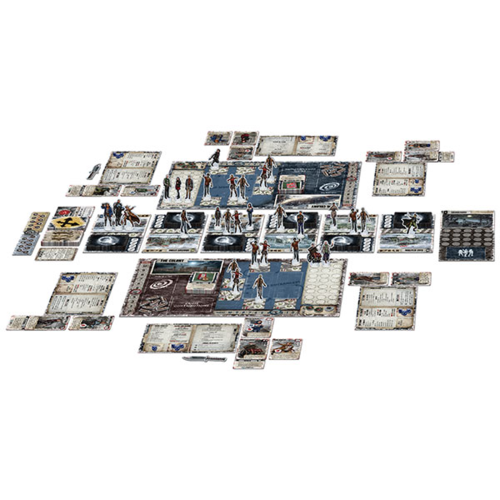 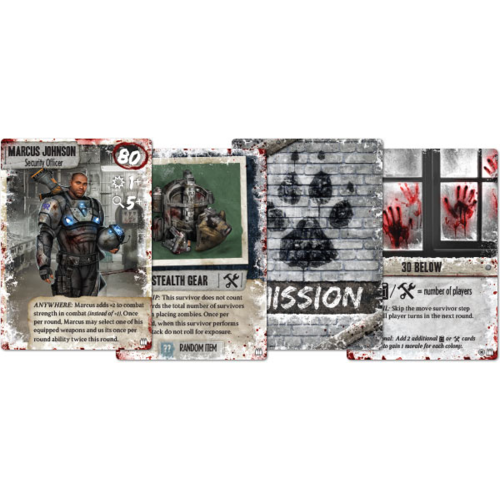 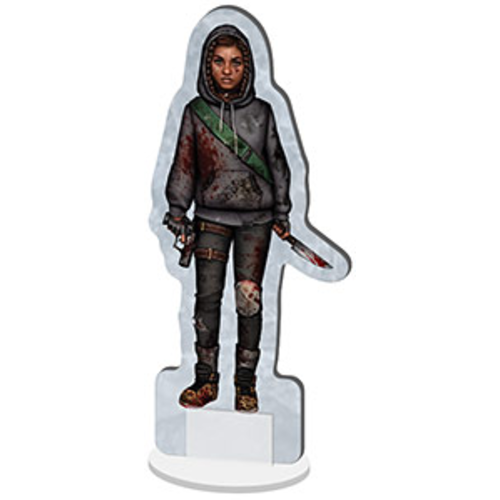 Team up and battle your friends in the expansion, Dead of Winter: Warring Colonies! Lees meer

We were suspicious when they arrived across town and set up camp, but we tried to live in peace. No more. They've taken too much from us. Too much that we can't get back. It's time for revenge. It's time for war.

Team up and battle your friends in the expansion, Dead of Winter: Warring Colonies! This expansion, designed by Colby Dauch and Timothy Meyer, is the ultimate experience for Dead of Winter, the quintessential post-apocalyptic game by Isaac Vega and Jon Gilmour.

Warring Colonies comes with a mountain of content, much of which supports the new team variant for 4-11 players, in which two colonies compete over the same locations for limited resources and power.

In the Warring Colonies variant, unique main objectives set two colonies against each other as they battle for territory with a new fighting system that includes tactics cards, bullet tokens, and 12-sided combat dice.  New and terrible joint-colony crisis cards force cooperation and coercion every round.  And the odd-man-out Lone Wolf adds chaotic balance as she pursues her own secret goals while keeping both colonies in check.

Warring Colonies comes with 15 new survivors, 50 new crossroad cards, 43 new items, and 11 new crisis cards, many of which can be used in any game of Dead of Winter. But the real excitement comes when you combine your Dead of Winter base set with the Dead of Winter: The Long Night standalone expansion. Then, you can also add in 7 new main objectives, 2 combat dice, battle tactics cards, bullet tokens, and the combat track to fight your friends in 4-11 player mayhem! If an 11-player game of Dead of Winter seems like a daunting task, fear not!  New simultaneous turn mechanics and a sand timer keep things moving at a brisk pace.

Finally, add in the Lone Wolf module in which one player is on a team all by herself, hiding out in her Lone Wolf den and carrying out missions that affect both teams.