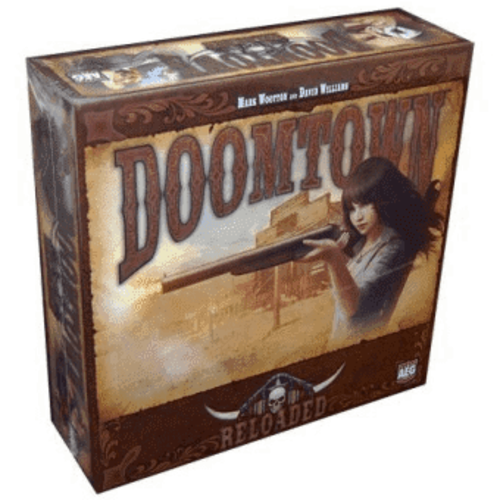 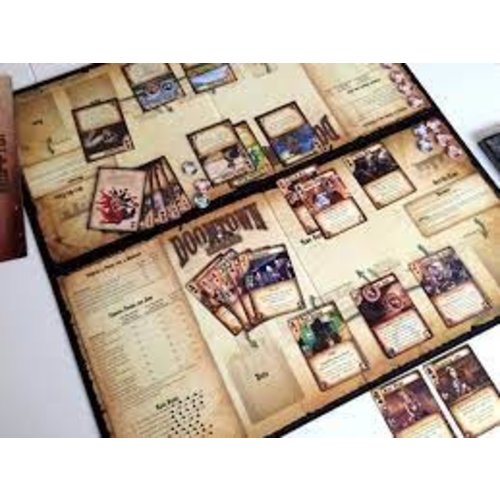 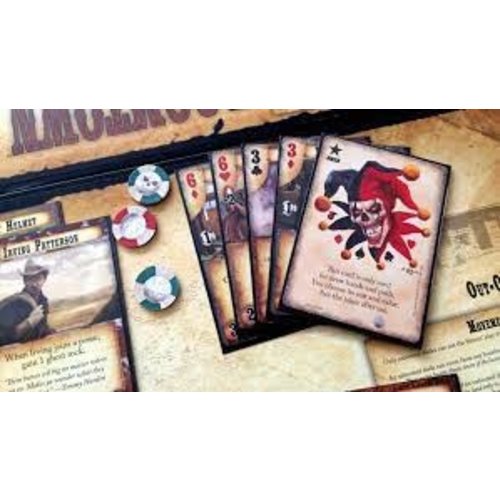 The classic collectible card game Deadlands: Doomtown returns as an Expandable Card Game in Doomtown: Reloaded. Featuring four factions fighting for control of Gomorra, California. Doomtown: Reloaded allows you to build your own deck from a fixed set of cards in the box. Play your dudes to control deeds in the town, and use actions, hexes, and more to thwart your opponents.

Shootouts are resolved via a poker mechanism as every card has a suit and value. Preparing for the hands you want to draw is as much a part of deck building as choosing the actions and dudes you'll want to play. Your deck is built around an Outfit, one of the four main groups attempting to control Gomorra, California, and these outfits are:

The base set of Doomtown: Reloaded will be followed by Saddlebag expansions, in-store OP events, and the Badge Series of tournaments.