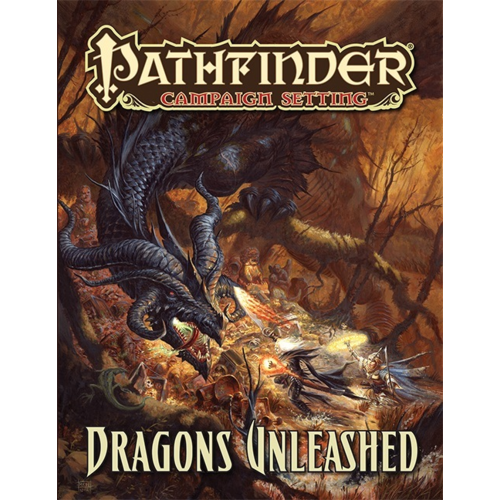 Dragons invade the world of the Pathfinder Roleplaying Game in Pathfinder Campaign Setting: Dragons Unleashed! This collection of deadly foes and potent allies reveals 15 of Golarion’s most powerful and influential dragons, from cunning draconic manipulators to great wyrms capable of testing even the most experienced adventurers. Dragons of every chromatic and metallic breed fill this collection, along with several mysterious primal dragons and regal imperial dragons.

Each entry includes full statistics for running the dragon, details on its history and ambitions, descriptions and maps of the dragon’s lair, the contents of its hoard, and more. Unleash Golarion’s ultimate monsters on your game with Pathfinder Campaign Setting: Dragons Unleashed!

Inside this book, you’ll find: