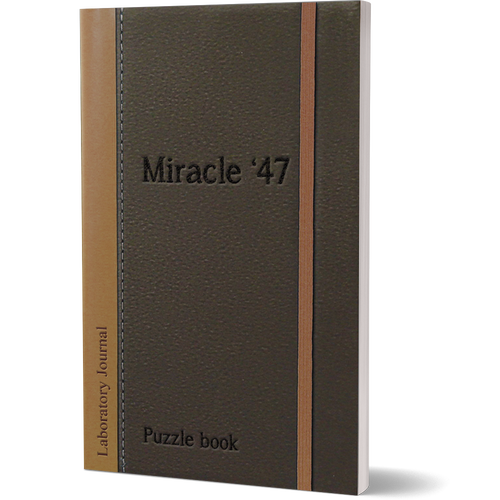 In the last months of 1947, as World War II came to a close, Walter Brattain and his physicist colleagues at Bell labs were reorganised into a solid-state research group.
They theorised that new experiments with semiconducting silicon could produce a more efficient amplifier which would bring huge improvements in telecommunications.

Little did they know that their experimental results would revolutionise the emerging world of micro-electronics, fuelling far-reaching advances in technology, be applied to new “computing” machines and lead to December 1947 being dubbed the “miracle month”.
They also had little idea that many people would go to great lengths to get their hands on Brattain’s laboratory notebook to uncover the secrets of this research and turn them to other sinister uses as the cold war got underway. Who were these people, who was funding them and how did they keep getting one step ahead of Bell’s security?

Brattain was forced to encode all of his findings – including his suspicions about his colleague and rival, William Shockley. Discover from the puzzles and riddles in his lab book what he had stumbled upon and the decoy trail that he left to foil his infiltrators.

As you work through and solve each of the 40 puzzles, visit the unique website URL for each puzzle to collect the key for a correct answer. Write them down in the book as you’ll need these to solve further puzzles and ultimately piece the story together.

You’ll need an internet connected device with a browser, but no special app. You may need to think laterally to solve for the word or number answer in each puzzle. Walter left clues on the pages – everything was intentional. The keys are words or numbers that will be used later on in the book. You don’t need to understand the subject matter, but it will be intriguing to the more technically minded. You’ll be prompted to write, draw, combine pages, listen and move puzzle pieces around. Some puzzles you may see straight away, others will be a journey of discovery and mystery as you get into the story to find the correct answer.