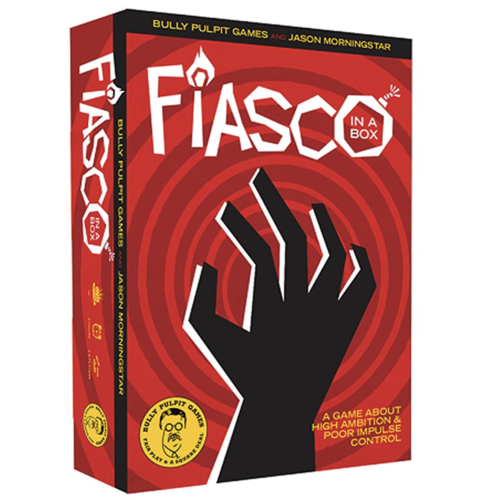 Fiasco is a rules-light Role Playing Game in which players collaborate to act out various scenes during two acts, much like actors would in a film. The game is GameMaster-less, meaning that unlike games such as D&D it isn’t one person’s job to drive and direct the story. Instead, all of the players are encouraged to pool their ideas together and decide how the different elements connect with their characters and the overall story, known as a playset.

The game is inspired by darkly comedic movies, such as the Coen brothers’ Fargo and Burn After Reading. As players improvise scenes based on their character motivations and the influences around them, the outcome can either be positive or negative for each of the characters based on the cards drawn and the group’s decisions.

This is the new second edition of the game, in boxed format.