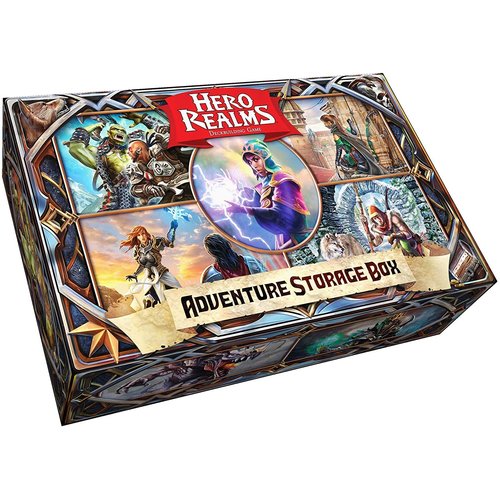 Hero Realms- Adventure Storage Box to keep all of your heroes safe, with room to spare for new additions. The box also includes a playmat. Lees meer

Productomschrijving
Beschrijving
Holds an entire Hero Realms collection, with or without sleeves, with room to spare for future sets and even a playmat! Includes 32 high-quality plastic dividers to seperate cards by set (through Journeys), Market Deck, Fire Gems, Personal Decks, and Score Cards. Also contains 6 foam blocks to hold cards firmly in place and 1 promo card.
About Hero Realms: