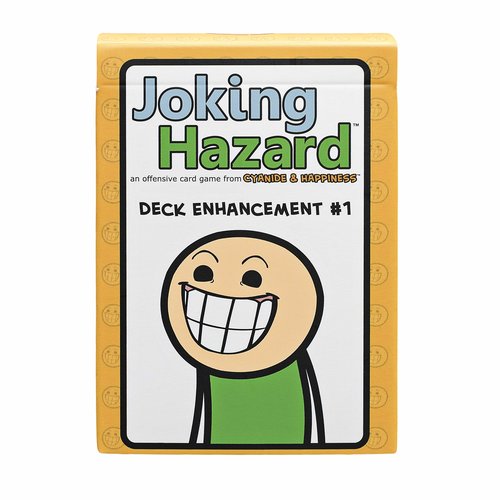 Deck Enhancement #1: An even dirtier and weirder expansion to Joking Hazard. Mix the 100 brand new cards into the original game. Lees meer

An even dirtier and weirder expansion to Joking Hazard, so you need the original game to play. In the box you'll find 100 brand new cards to amuse and offend your friends. Mix them into the original game.