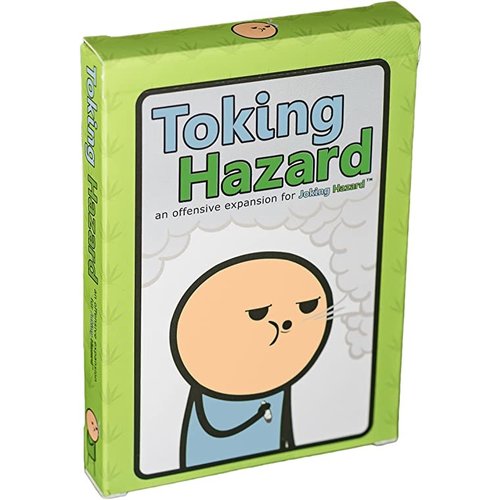 Toking Hazard is a marihuana themed expansion to Joking Hazard, so you need the original game to play. In the box you'll find...