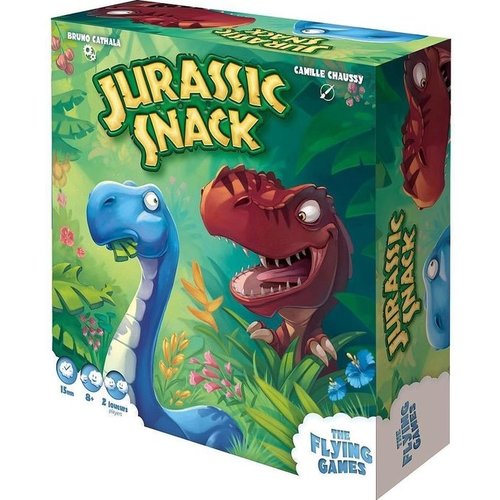 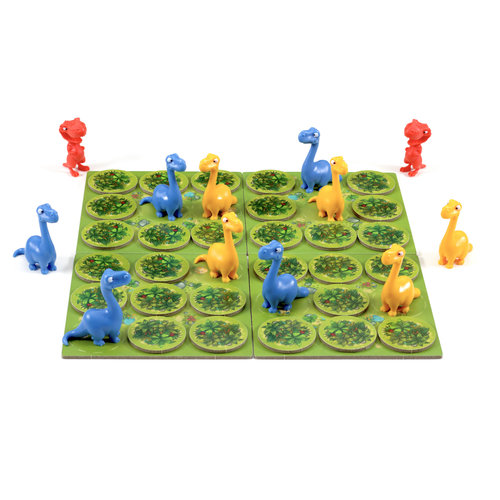 Lead your dinosaurs to snack vegetables before everything, including you, is eaten... Lees meer

Young Diplodocuses (Diplos) are fond of the tasty leaves offered by the neighboring pastures. To win, your Diplo team has to eat more leaves than your opponent's team… unless one of you decides to call the ferocious T. Rex to get rid of all his opponent's Diplos!

To set up Jurassic Snack, create a square at random with the four playing boards, place four Diplos of your color on the matching egg spaces, then shuffle the grass tokens and place them face down on the 28 empty spaces. Two actions are available on a turn: moving a Diplo of your color or moving a T. Rex. The players take turns performing two actions each, which can be the same or different, and which can involve the same Dino or T. Rex, or not.