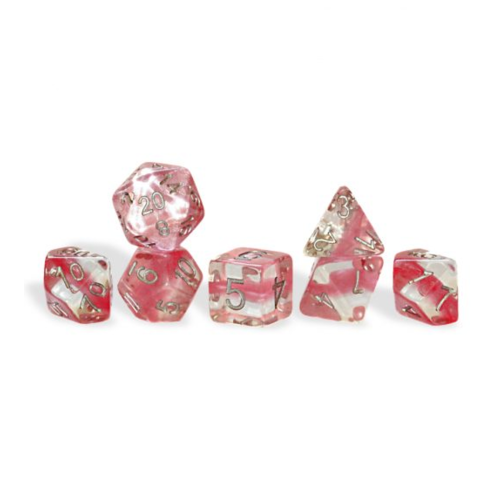 When viewed from the side they appear as 3 layers, but when viewed from the top or bottom, the appearance changes and they suddenly look semi-solid with numbers that seem to float above a colored surface!  View them from an angle, and suddenly they look like they’re 2-layers!  Nothing beats the beauty of a Neutron Die!

Each die has the high and low numbers centered on the two clear halves for high-speed number recognition.

Made of high-impact resin, with the same original layering process we invented for Halfsies Dice in 2013 that prevents air-bubbles from forming inside, Gate Keeper Games dice bear the honor of being the heaviest, densest, and most well-balanced resin dice on the planet!