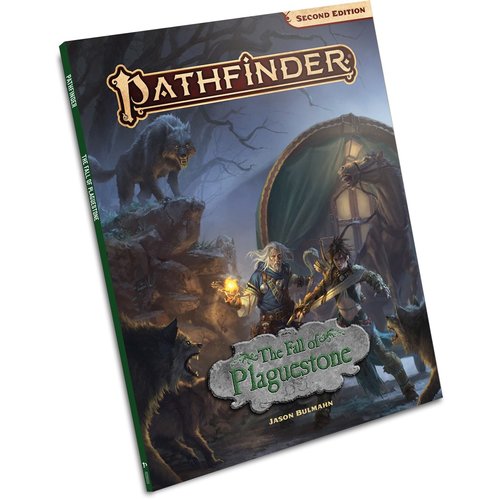 The Fall of Plaguestone is the first standalone adventure for Pathfinder Second Edition, designed for 1st-level characters. Lees meer

A group of new adventurers traveling through the village of Etran's Folly—also known as Plaguestone—must come together to solve the murder of a friend. What starts as a simple investigation quickly turns sinister with the discovery of forbidden alchemy, mutant animals, and a nearby forest rotting away due to a mysterious blight. It becomes clear that if these heroes don't intervene to stop whatever evil is brewing, the fall of Plaguestone is all but certain!

The Fall of Plaguestone is the first standalone adventure for Pathfinder Second Edition, designed for 1st-level characters. It tells the story of how a group of strangers band together to form a group of adventurers while saving the town of Etran's Folly from a terrifying fate, serving as a perfect introduction to a new Pathfinder campaign!