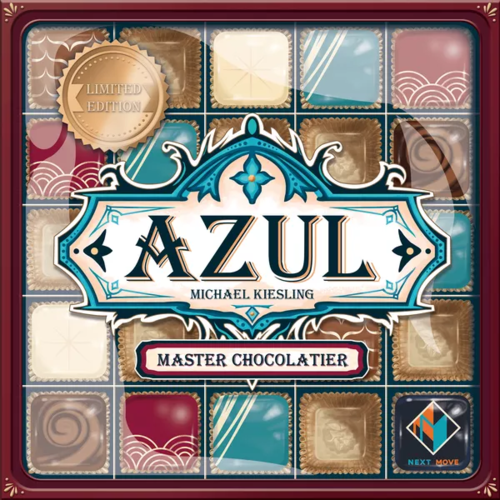 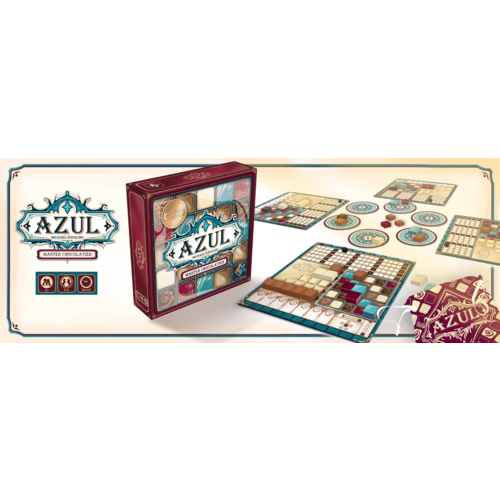 PREORDER- Artfully embellish the walls of your palace by drafting the most beautiful and delicious tiles! Lees meer

In the game Azul, players take turns drafting colored tiles from suppliers to their player board. Later in the round, players score points based on how they've placed their tiles to decorate the palace. Extra points are scored for specific patterns and completing sets; wasted supplies harm the player's score. The player with the most points at the end of the game wins.

Azul: Master Chocolatier includes double-sided factory boards, with these tiles being placed on these boards at the start of each round. One side of the factories is blank, and when using this side the game plays exactly like Azul. The other side of each factory tile has a special effect on it that modifies play in one way or another, putting a twist on the normal game. Additionally, the tiles are modeled to look like chocolates and other treats, despite remaining as inedible as the tiles in the original game.