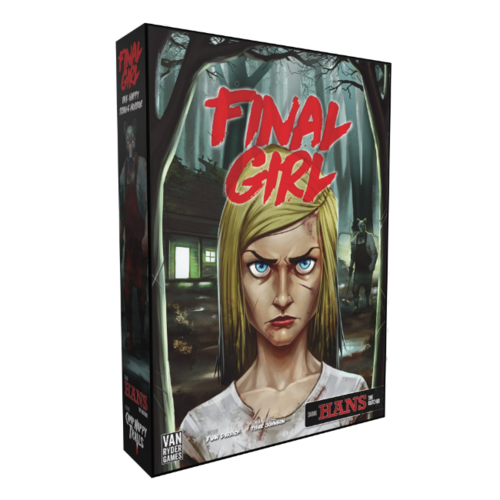 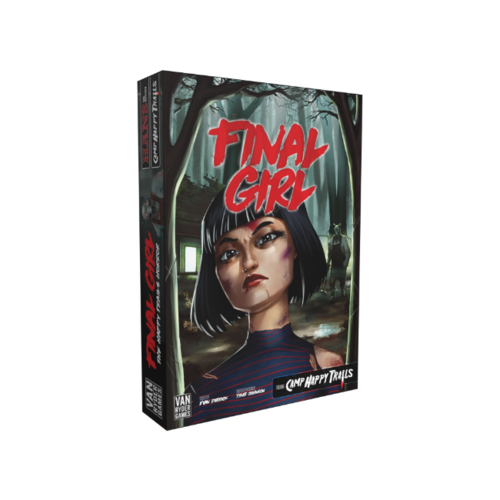 This is a Final Girl Feature Film Box. It requires a copy of the Final Girl Core Box to play!

Summer camp turns deadly in The Happy Trails Horror. Produced by Evan Derrick, this Feature Film box stars Hans - The Butcher, who murders and feasts on unsuspecting campers. When an unlikely heroine emerges, will it be enough to stop the killing? Don't miss this engrossing film with gorgeous scenes by Director of Photography, Tyler Johnson.

The Core Box, when combined with one of our Feature Film Boxes, has everything you need to play the game. Each Feature Film Box features a unique Killer and and iconic Location, and the more Feature Films you have, the more killer/location combinations you can experience!

Each Feature Film Box is double-sided, with amazingly illustrated covers on the front AND back. Not only that, but the magnetically attached box covers are removable, with the reverse of each functioning as the Killer and Location boards respectively.