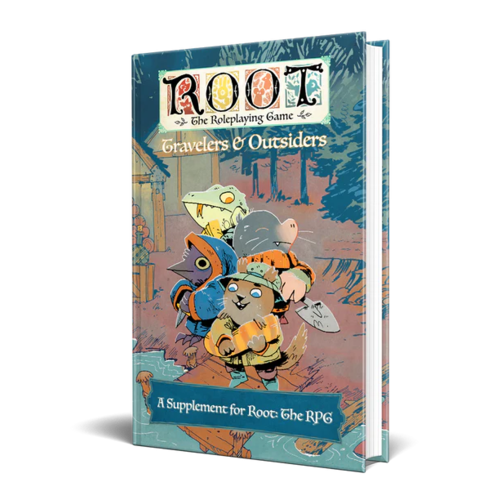 PREORDER- Travelers & Outsiders is a supplement for Root: The Roleplaying Game that expands the core game to include the first 4 expansion factions! Lees meer

As the War rages on, new factions take interest in the Woodland's resources. The Riverfolk Company sends trade boats up and down the rivers; the Lizard Cult makes a new push for converts; the Grand Duchy digs tunnels to seize new territory; and the Corvid Conspiracy toils to claim ill-begotten gains from the foolish. Who are these new factions? And what do they have in store for the Woodland?

Travelers & Outsiders is a supplement for Root: The Roleplaying Game, the officially licensed tabletop RPG based on the award-winning Root: A Game of Woodland Might and Right board game by Leder Games - that expands the core game to include the first 4 expansion factions!

Here's what you'll find inside this book: