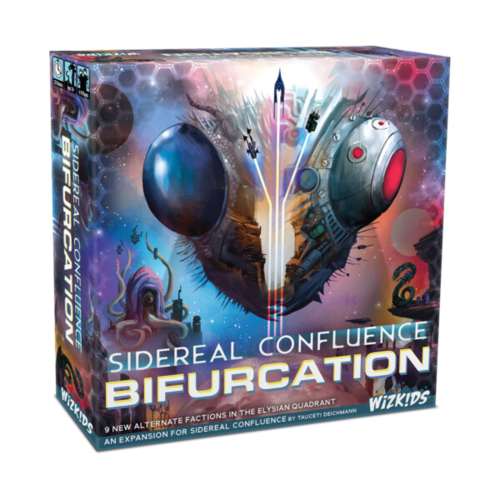 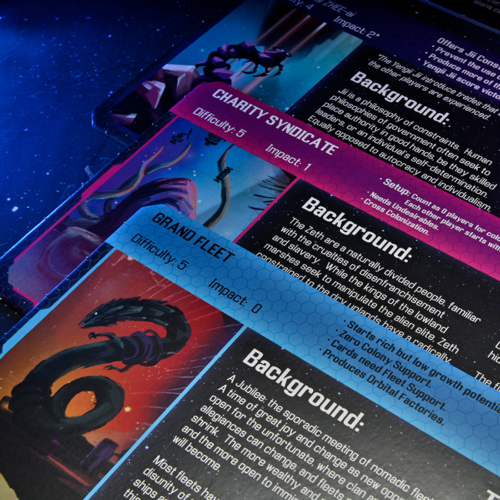 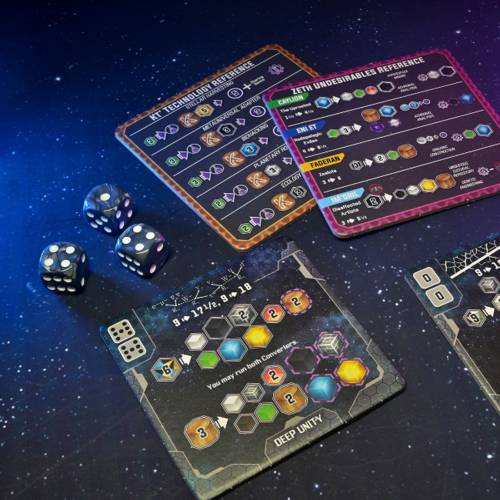 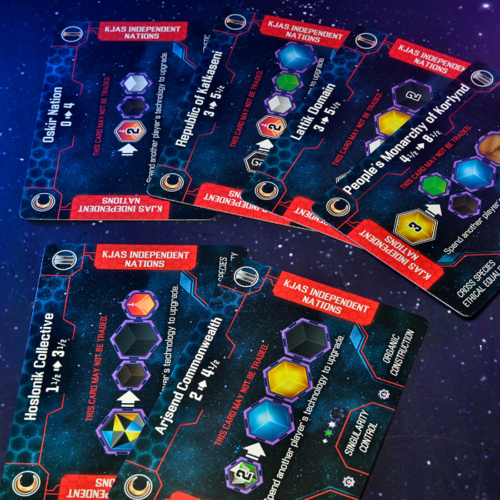 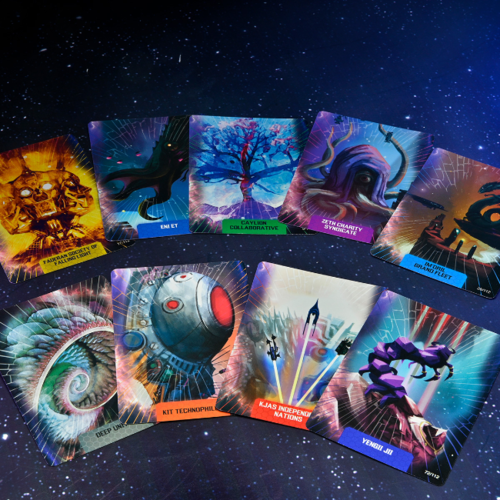 New versions of each of the nine aliens join the Confluence! Lees meer

The aliens’ civilizations are full of divisions of ideals and objectives, of methodologies and philosophies. They are not just so different from us, but also different within themselves: a riotous profusion of ideas. No longer shall we treat any People as a monolith. We invite them all to the Confluence.

Sidereal Confluence provides an experience like no other. It features complex, yet intuitive engine building, while players simultaneously negotiate deals that can include resources, ships, victory points, binding promises, or even entire portions of their economy! In the original, the negotiations were between nine asymmetrical species, each with their own mechanics, components, and strategies. With this new expansion, that number doubles!

Sidereal Confluence: Bifurcation includes variations on each of the nine original species, providing entirely new mechanisms, new strategies, and new avenues for negotiation! These variants represent different aspects or factions within their societies, and include new rules and starting cards that dramatically change each species’ play style. The variants are more interactive than the base game factions, leading to more interesting trades and greater potential for creativity.