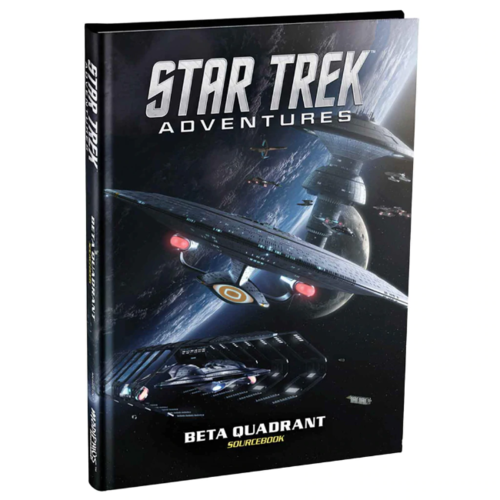 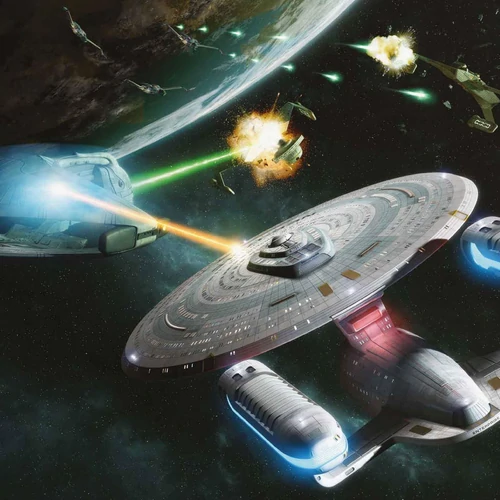 The Beta Quadrant sourcebook provides Gamemasters and Players with a wealth of source material about the Galaxy of Star Trek. Lees meer

•  Information on the Federation’s presence in the Beta Quadrant, including the homeworlds of Andoria, Earth, and Vulcan.
•  Material about the Klingon Empire and its history, including information on its core words of Qo’noS, Boreth, Khitomer, and Rura Penthe.
•  Information from the Romulan Star Empire on their history and politics, and information about their worlds Romulus and Remus.
•  A host of new Federation species to choose from during character creation, including Benzite, Bolians, Efrosians, and Klingons.
•  A selection of alien starships, from the Klingon Empire, Romulan Star Empire, Gorn Hegemony, Orion Syndicate, and civilian craft.
•  Guidance for the Gamemaster on running missions and continuing voyages in the Beta Quadrant, with a selection of new Non-Player Characters to enhance encounters.