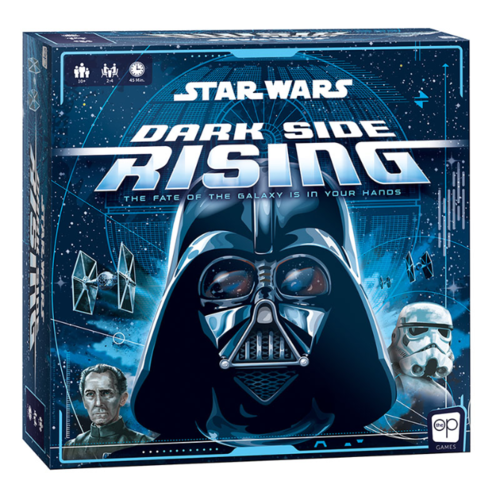 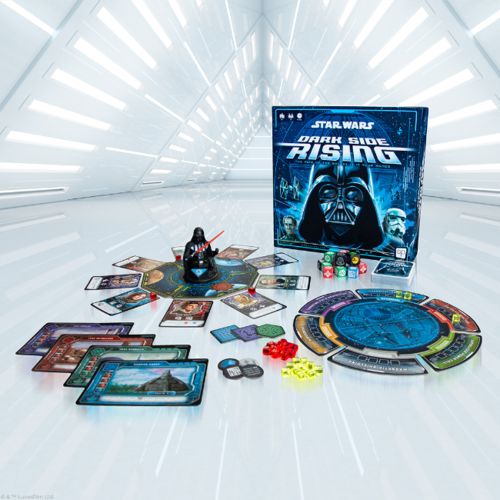 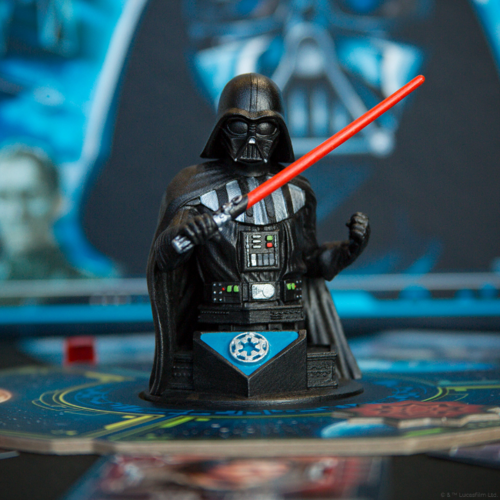 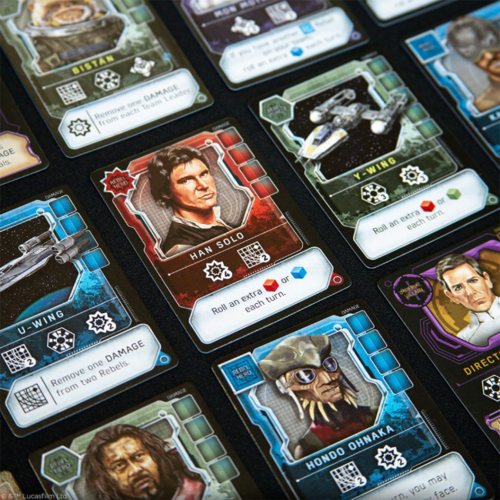 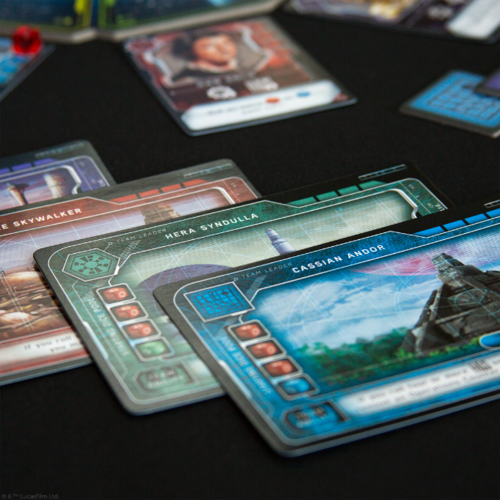 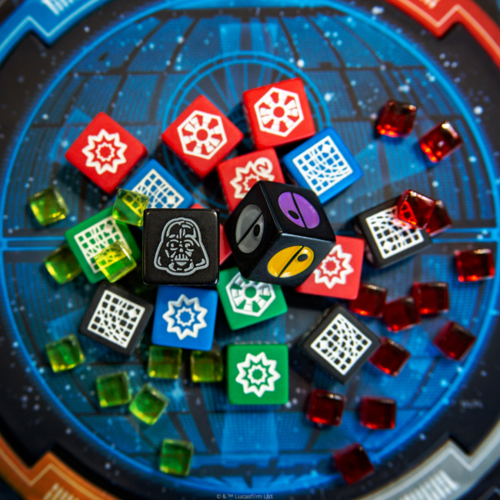 Star Wars Dark Side Rising is a cooperative card and dice game for 2-4 players who take command of the Rebel forces in battle against the Galactic Empire. Lees meer

Star Wars: Dark Side Rising is a co-operative card and dice game inspired by the events leading up to and through Star Wars: A New Hope.

In the game, players must work together to recruit rebels and prevent the construction of the ultimate weapon, the original Death Star. Each player starts with an individual board that indicates the Rebel cell they are leading: Intelligence, Leadership, Support or Tactical. The player boards depict the Base of Operations — Tatooine, Alderaan, Yavin 4, or Lothal — and team leader (starting character asset) for each player: Captain Cassian Andor, Leia Organa, Luke Skywalker, and Hera Syndulla.

Players must coordinate efforts to recruit iconic characters, such as C-3PO, R2-D2, Obi-Wan Kenobi, Admiral Raddus and Han Solo, and organize their cells to thwart the Empire’s rise to galactic domination.

The main game board features a custom-sculpted 3D Darth Vader bust that commands the Imperial operatives and actions with orders to wipe out the Rebels and to make the Death Star operational. Meanwhile, in a race against time, players must be one with the Force as they direct their Rebel efforts across different locations in the galaxy, including Scarif, Eadu and Jedha. To restore freedom to the galaxy, the Rebels must defeat enough sinister agents before the Empire can either complete construction of the lethal space station or eliminate too many Rebel assets.