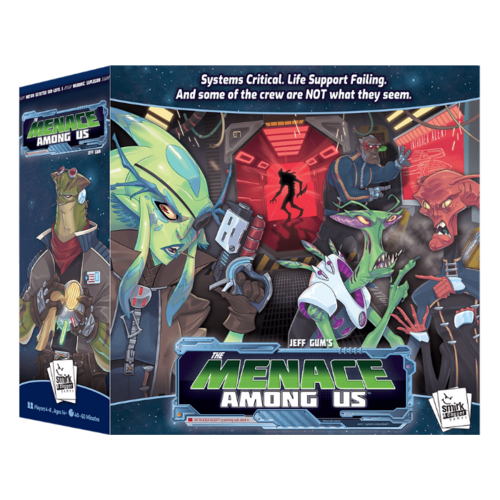 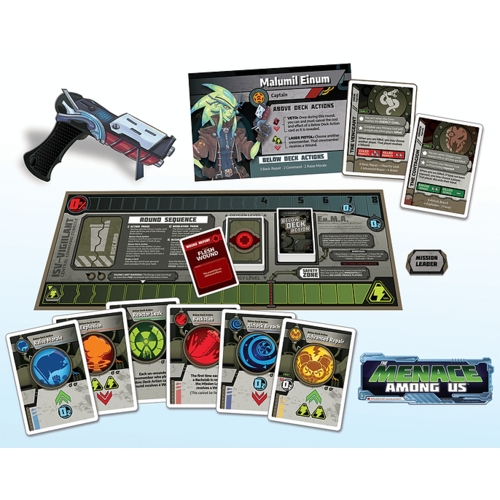 The Menace Among Us

The Menace Among Us is a thrilling semi-cooperative game of intrigue and survival in deep space. Lees meer

Systems Critical. Life Support Failing. And some of the crew are NOT what they seem.

A thrilling semi-cooperative game of intrigue and survival in deep space. Adrift and powerless, your crippled vessel is bleeding oxygen. You must work together to restore power before the air runs out… but hidden among you, masquerading as loyal friends and crewmembers, are imposters who continue to sabotage the ship. Their only goal is to avoid detection and kill the crew, by force or by asphyxiation. Can you identify them in time and eliminate the threat? Or will succumb to The Menace Among Us?

So sling your laser pistol and don’t trust anyone. They may be The Menace Among Us.