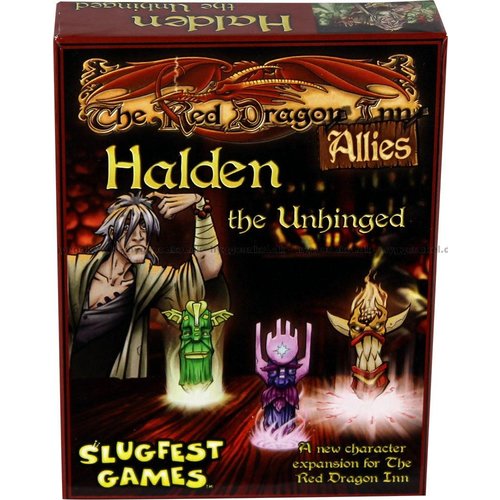 Bring Halden - a totem-summoning shaman with an undying amount of work to do - to Red Dragon Inn. Lees meer

Halden is a totem-summoning shaman with an undying amount of work to do – his ghostly clientele provides him with plenty of unusual quests. Adventuring for the dead will take its toll on anyone. After all, wouldn’t you be a little off-kilter if you had to listen to restless spirits with unfinished business?

The Red Dragon Inn: Allies – Halden the Unhinged brings a totem shaman to The Red Dragon Inn. Will you be able to master chaining his totems to maximum effect, or will your totem combos whimper? Take this off-kilter adventurer for a spin and find out!