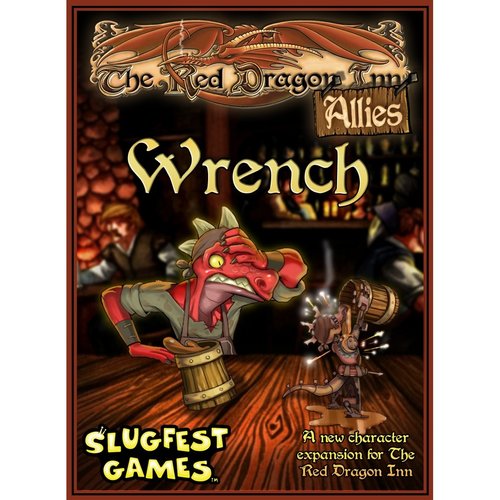 Add Wrench - a kobold artificer who has always been interested in gadgets and engineering - to Red Dragon Inn. Lees meer

Wrench is a kobold artificer who has always been interested in gadgets and engineering. His voracious appetite for learning led him to the writings of Wizgille the Tinkerer, and eventually, to study with Wizgille herself.

*The Good: He can quickly build gizmos that can do amazing things.
*The Bad: Those gizmos are very fragile!

The Red Dragon Inn: Allies – Wrench expands the party at the Red Dragon Inn with an ingenious kobold whose gizmo cards stick around to help him out on later turns! Those gizmos will gradually break down, though, and the other players at the table can cause them to break down even faster!