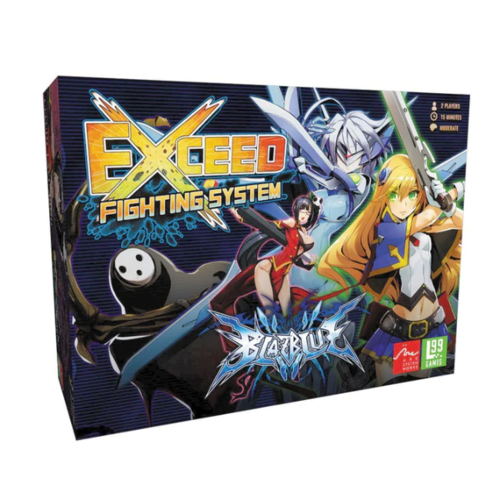 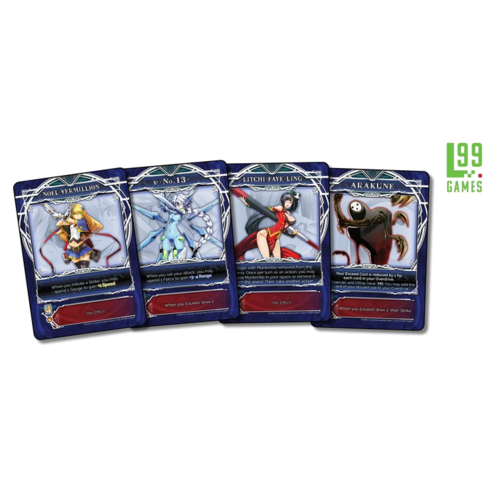 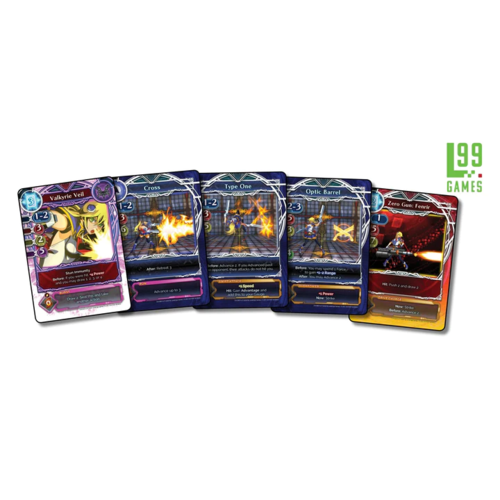 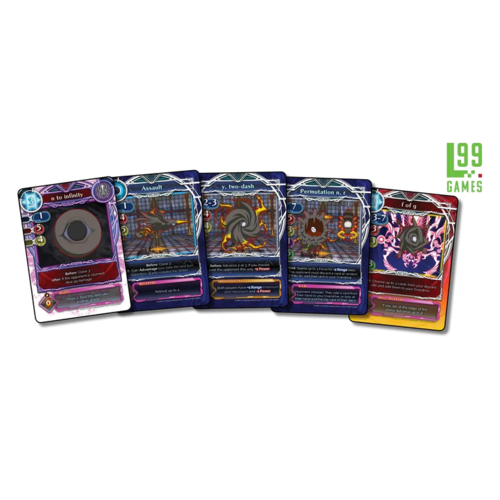 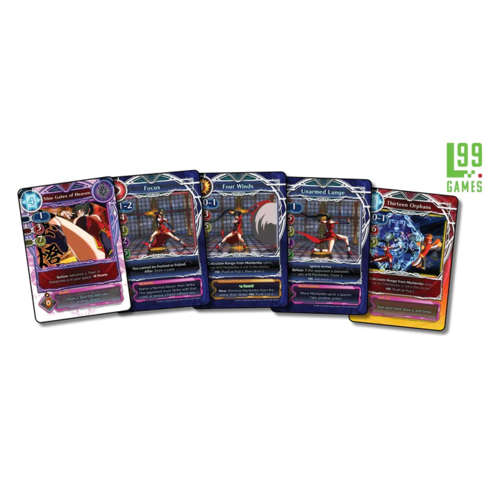 Bring the fast-paced action of head-to-head arcade fighting games to your tabletop! Choose your fighter from an ever-growing roster of diverse characters, each with their own deck of special moves and supers. Exceed to reveal your true power and unleash havoc on your opponents!

This box contains 4 fighters and everything you need to play:

Noel Vermillion: Noel Vermillion is a swift, aggressive rushdown fighter who charges at the opponent with a nonstop barrage of attacks—the only thing that slows her down is finding time to reload!

ν-13: - ν-13 is a swift, fragile zoner who constantly moves the fight toward extreme range. There, she has dominant advantages and can close games decisively!

Litchi Faye Ling: Litchi Faye-Ling manipulates her staff's position in conjunction with her attacks to create unrelenting pressure, or wields it directly to give herself greater range and more defensive options!