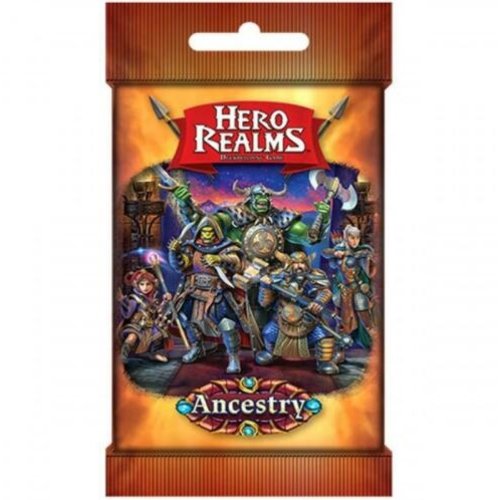 Hero Realms - Ancestry Pack: an expansion pack to the Hero Realms base set, which allows you to play as a Dwarf, Elf, Ogre, Orc, or Smallfolk! Lees meer

Expansion pack to the Hero Realms base set, which allows you to play as a Dwarf, Elf, Ogre, Orc, or Smallfolk! Your lineage grants you powerful new abilities and unique items.