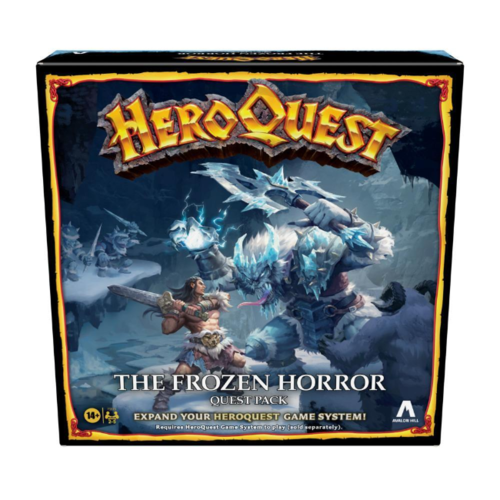 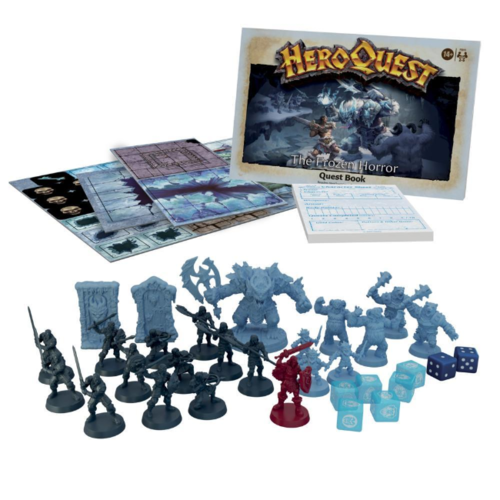 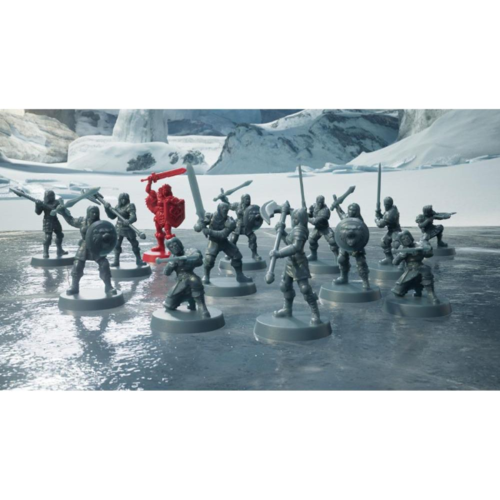 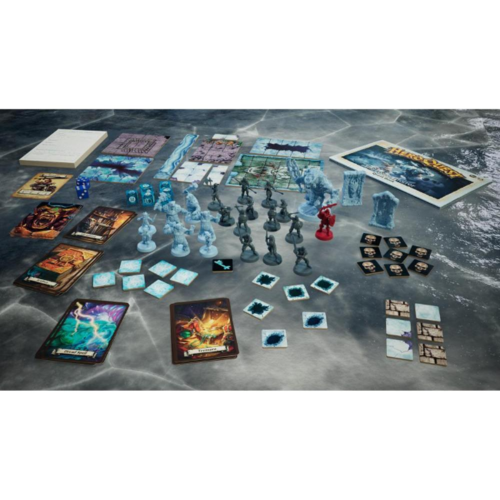 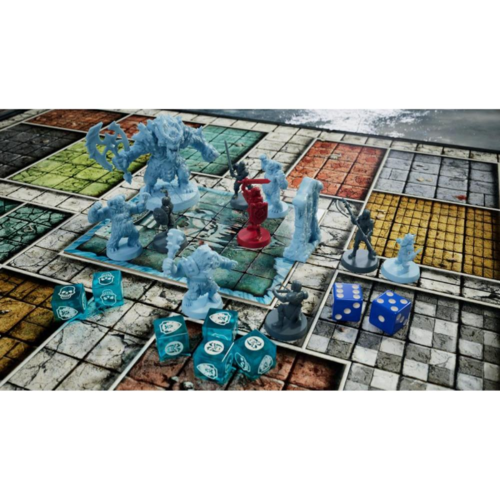 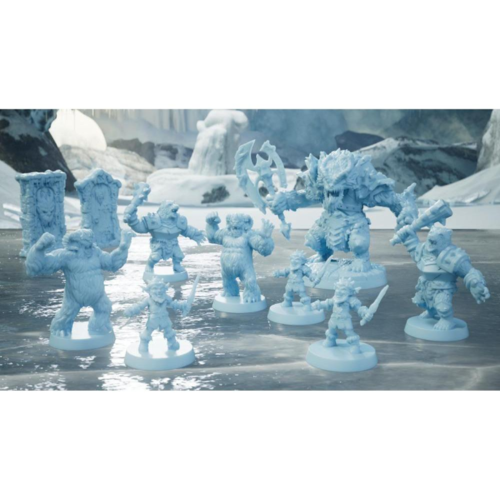 Revisit and delve deeper into the rich story of the HeroQuest dungeon crawling adventure game. With the Frozen Horror expansion, players must destroy the evil Frozen Horror, a ferocious creature long banished, but has now returned to its ancient seat of power, and awaits Zargon's summons. The powerful Barbarian must survive dangerous solo quests and only then will fellow heroes join him. Immerse yourself in the fantasy with the stunning artwork, 21 detailed miniatures, full-color tiles, and 10 exciting quests not seen in the initial HeroQuest Game System. (Requires HeroQuest Game System to play. Sold separately.) The game has limitless replayability, and you can also build their own quests and create their own stories. Gather friends together for an exciting night of tabletop gameplay in an epic battle of good and evil.

•THE ADVENTURE CONTINUES: The cards and booklets in this chilling expansion feature artwork that takes players' imaginations into a frozen world filled with monsters, deadly traps, and more

•LIMITLESS REPLAYABILITY: This expansion gives you more opportunities to delve deeper into the HeroQuest game, and adds to the replayability. Players can also create their own stories and build their own quests