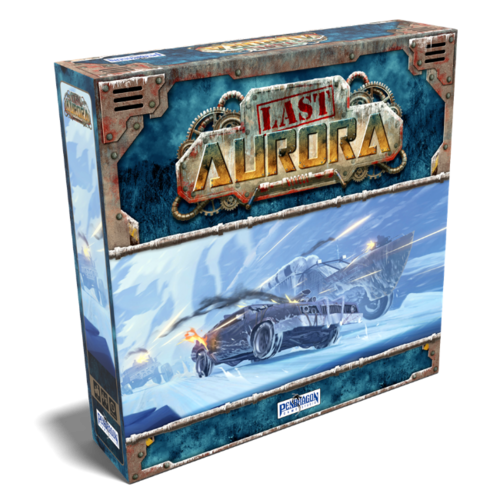 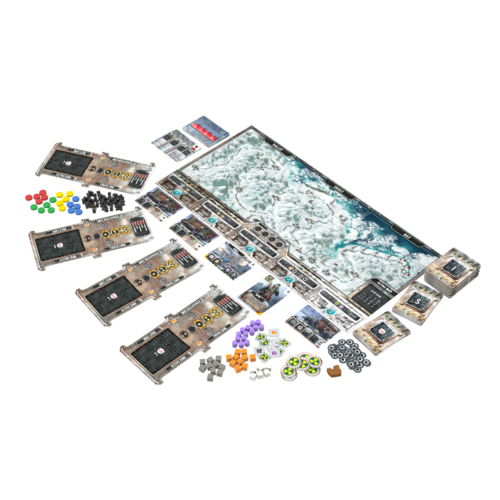 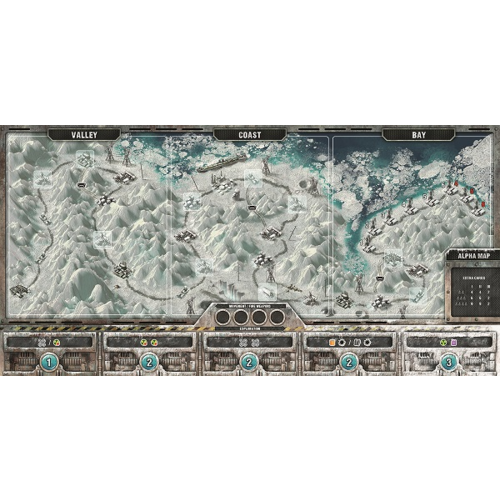 Productomschrijving
Specificaties
Gerelateerde producten
Beschrijving
The radioactive dust of the Last War has frozen the northern countries. In the ice desert, the few survivors live a nice hell: the resources of the “old world” are now exhausted, and traveling to the south is too long and dangerous. A radio message though is rekindling hope: the last icebreaker ship, the Aurora, is cruising along the coast, looking for survivors.  In a few days, those who cannot get on board will be doomed by the ice. It will be a race against the time, to arrive at the ship or surrender to despair: there’s still the light of hope on the horizon, a light to grab before it’s too late.
Last Aurora is a post apocalyptic game for 2-4 players set in a frozen desolate land. Each player has to manage his crew to gather resources, recruit survivors, improve his vehicle and fight enemies, racing to reach the ship before it’s too late.
Sluiten
Specificaties
Sluiten
0 sterren op basis van 0 beoordelingen
0 Reviews
Alle reviews
Je beoordeling toevoegenJe beoordeling toevoegen
Reviews
Sluiten
Geen reviews gevonden...
Vergelijk producten
0
Start vergelijking