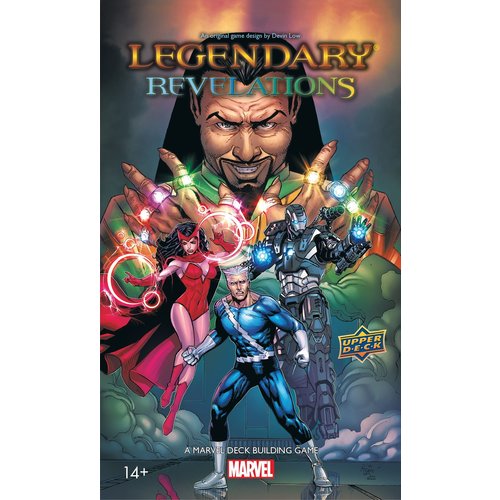 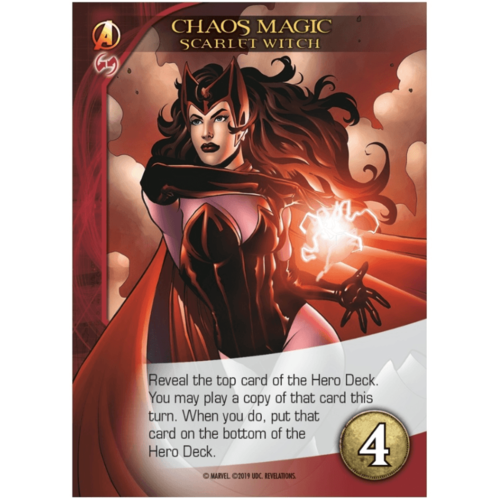 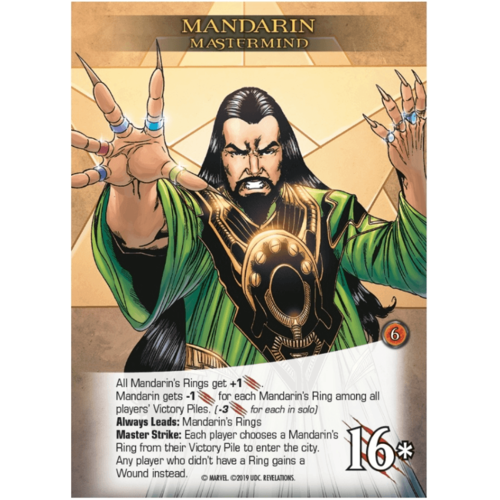 Scarlet Witch, Quicksilver, and War Machine have finally emerged from the shadows. But the Avengers are tested as never before when dark Revelations force them to question everything they know. The Mandarin manipulates secrets to turn Avenger against Avenger and transforming schemes of deception and corruption make it hard to tell good and evil apart.

Scarlet Witch’s fragile sanity cracks, warping the world into the House of M. Soon the Heroes are haunted by dark memories of tragedy that even Quicksilver’s speed can’t escape. Daring to hope, the Avengers prepare their incredible powers for a desperate last stand.

The 19th expansion for Legendary: A Marvel Deck Building Game. This requires a Core Set like Legendary or Legendary: Villains to play.