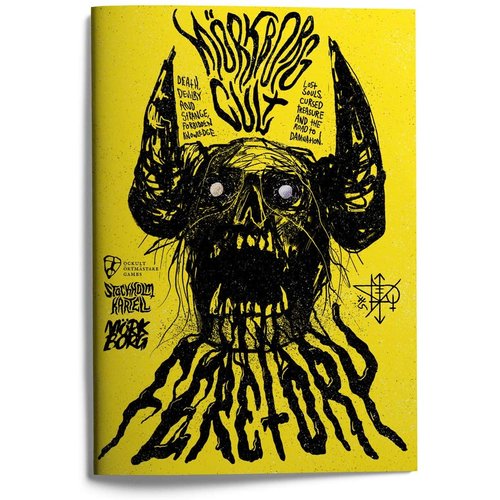 MÖRK BORG CULT: FERETORY is a sinful zine full of community made classes, adventures and horrible treasures for use with MÖRK BORG or other rules-light dark fantasy games. It includes: