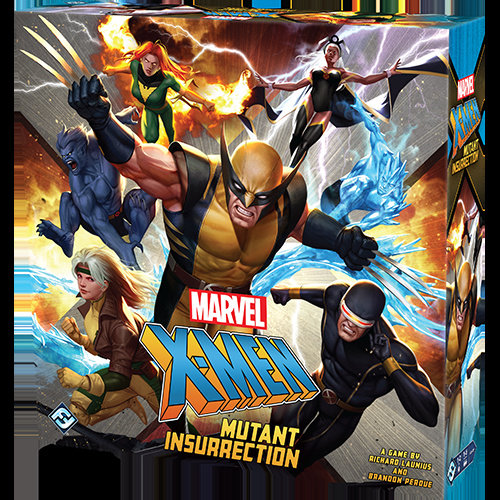 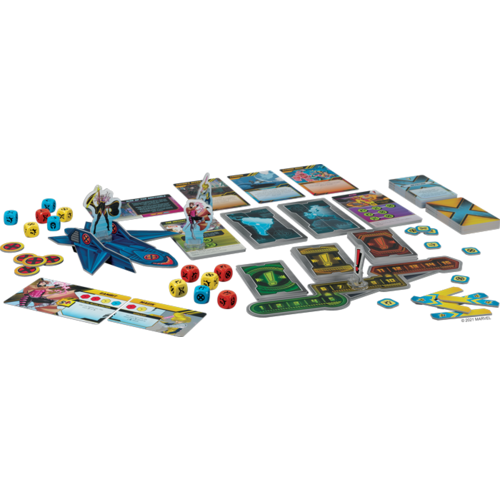 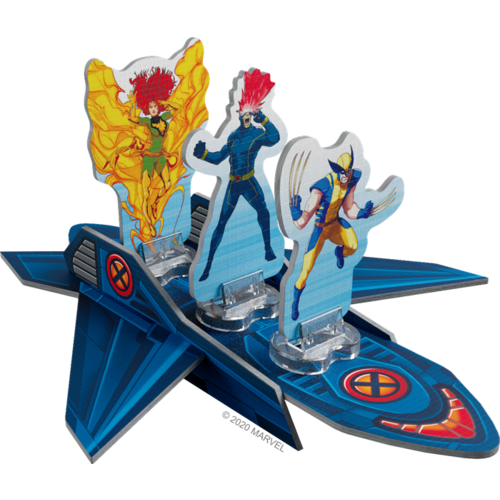 Assemble your team, jump in the Blackbird, and roll dice to vanquish evil! Lees meer

Though the world may despise them, the team of heroic mutants known as X-Men fight tirelessly to protect humanity from the sinister machinations of evildoers. Leap into the action with X-Men: Mutant Insurrection, a fast-paced, co-operative, dice-driven card game for one to six players! You'll build a team of iconic heroes such as Wolverine, Rogue, Storm, and Jubilee from the sixteen heroes included, embark on dangerous missions around the world, and accelerate toward a thrilling showdown with a villain such as Dark Phoenix, Magneto, or the Hellfire Club.

X-Men: Mutant Insurrection invites you to travel the globe on death-defying missions to recruit new mutants, capture criminals, protect innocent lives, and battle some of the most memorable X-Men supervillains. Eight distinct scenarios await you and your X-Men, each with their own challenges and each leading to a no-holds-barred showdown against the villain. The Blackbird is ready to launch — join your team and fight for the future!