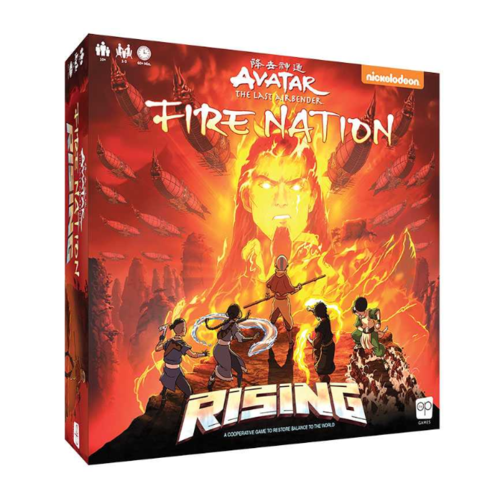 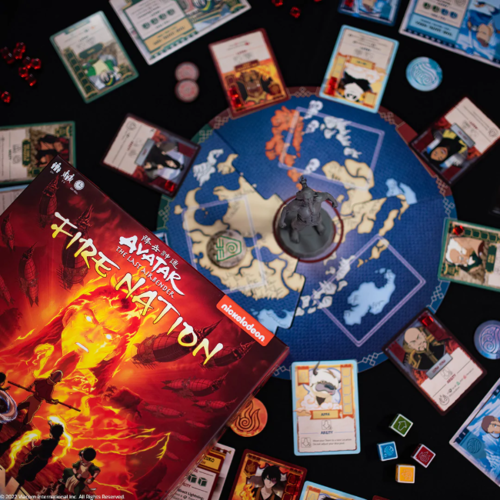 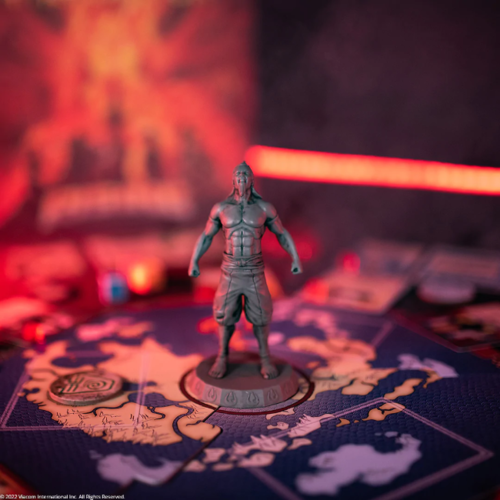 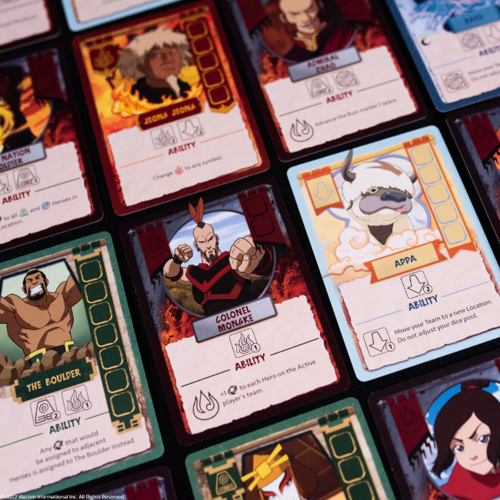 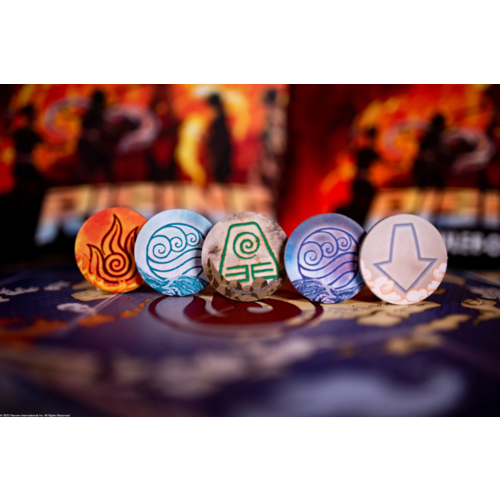 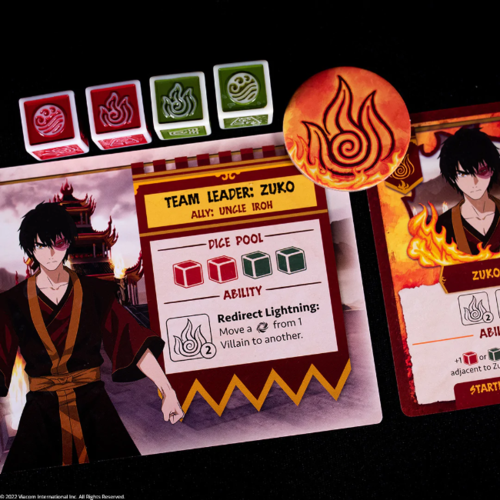 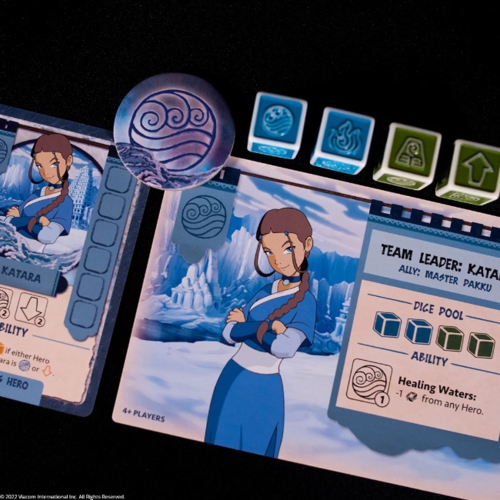 Are you brave enough to face Lord Ozai? The Fire Nation is primed to claim victory in the Hundred Year War against element bending Avatar Aang and fellow heroes Katara, Sokka, Toph, and Zuko. In this cooperative card and dice game, players must work together to recruit other Heroes from the four nations and battle a variety of Villains leading up to the Day of the Black Sun.

Following the eclipse, three Final Battles must be won by the Heroes in order to succeed in restoring balance to the world! Based on the critically acclaimed Nickelodeon animated series, this latest addition to The Op's Rising light strategy card and dice game series features a one-of-a-kind, Lord Ozai sculpt in the center of the action.