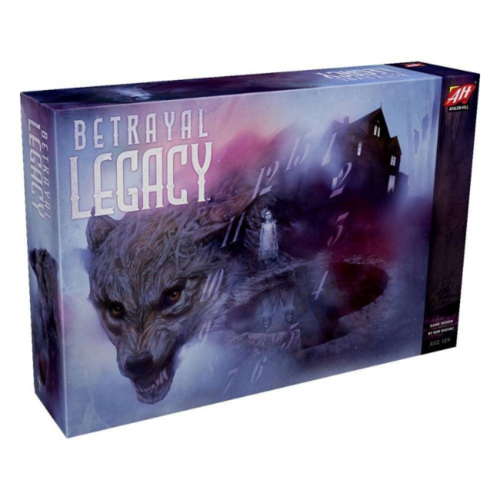 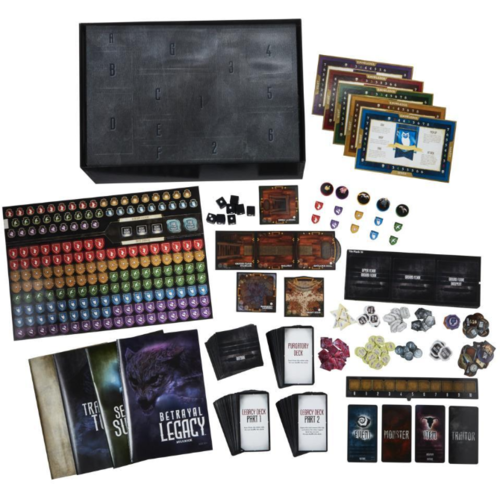 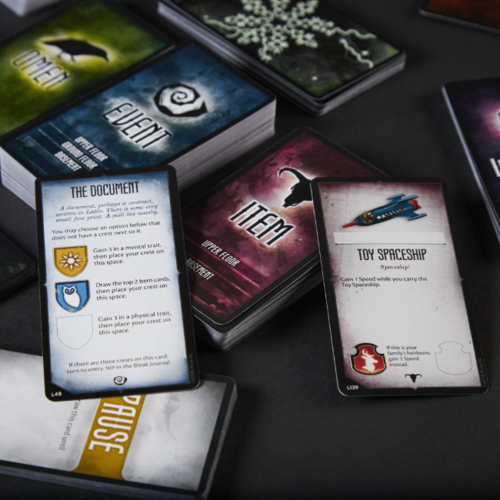 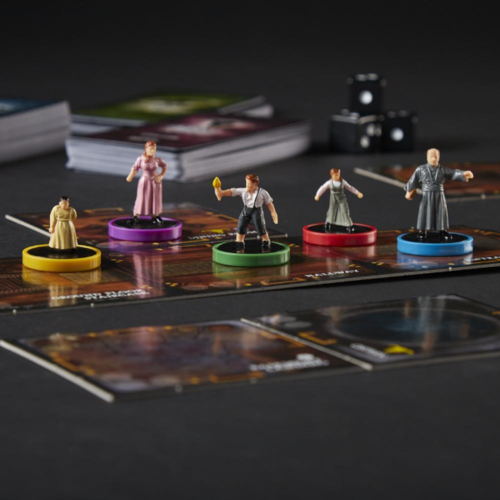 This role-playing board game lets you journey back to the beginning of the horror and create a unique story told through several generations of families obsessed with the house. Lees meer

This role-playing board game lets you journey back to the beginning of the horror and create a unique story told through several generations of families obsessed with the house. Based on the award-winning Betrayal at House on the Hill cooperative board game (sold separately), you'll get a chance to create the house's story through decisions and actions you take in the game. Once the legacy campaign is complete, you'll have a fully re-playable, customized board game, completely shaped by the choices you made along the way. The customized version offers a different game each time it's played, including new haunts unique to post-campaign play. A great idea for game night with friends and family, this narrative miniatures game is for 3-6 players, ages 12 and up, and takes about 45-90 minutes to play. Avalon Hill and all related trademarks and logos are trademarks of Hasbro, Inc.

•LEGACY BOARD GAME: Beware! In the Avalon Hill Betrayal Legacy board game, any move you make could come back to haunt you the next time you play. The tabletop game is for ages 12 and up
•EXPLORE THE HAUNTED MANSION: You'll unlock mysteries of the house during a 13-chapter campaign. Once all secrets are revealed, you'll have a fully replayable, customized board game
•INCLUDES 52 HAUNTS: With over 50 blood-curdling haunts -- including 13 that permanently alter your version of the game -- each trip to the house on the hill promises fresh horrors and discoveries
•COOPERATIVE ROLE-PLAYING BOARD GAME: Players must work together to survive the nightmare until the house forces some to turn against the rest
•HAUNTED HOUSE GAME: Get together with friends for an immersive night of tabletop gameplay with Avalon Hill Betrayal Legacy game. It's for 3-6 players, ages 12 and up, and takes about 45-90 minutes to play
Sluiten
Specificaties
Sluiten
0 sterren op basis van 0 beoordelingen
0 Reviews
Alle reviews
Je beoordeling toevoegenJe beoordeling toevoegen
Reviews
Sluiten
Geen reviews gevonden...
Vergelijk producten
0
Start vergelijking