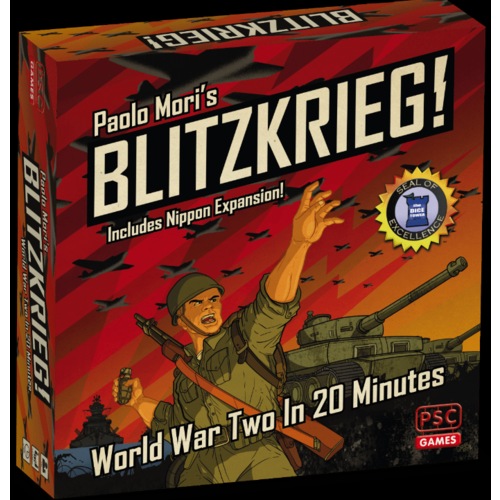 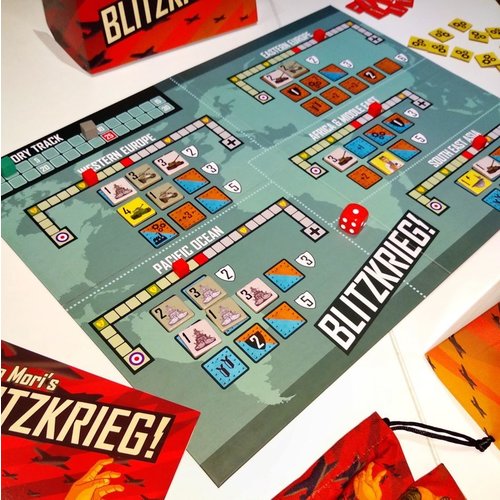 Recreate World War Two in 20 minutes! The perfect wargame for non-wargamers, Blitzkrieg! allows two players to battle across the War’s most iconic theatres, winning key campaigns and building military might.

Players draw army tokens from a bag to determine their starting forces and to replenish their losses. Rather than ‘fighting’ battles with dice or cards, players allocate their military resources to each theatre’s campaigns, winning victory points, further resources, special weapons, and strategic advantages as they play. Refight World War Two several times in one evening!

Includes Solo mode by Dávid Turczi and the Nippon expansion: What if the Axis coalition had won World War Two, and Germany invaded and occupied the United States of America? And … what if Japan then turned on its former ally and invaded German-held America? With the help of Godzilla? One player controls the German forces and the other player controls the Japanese forces in a battle for domination of America in an alternate universe 1946.