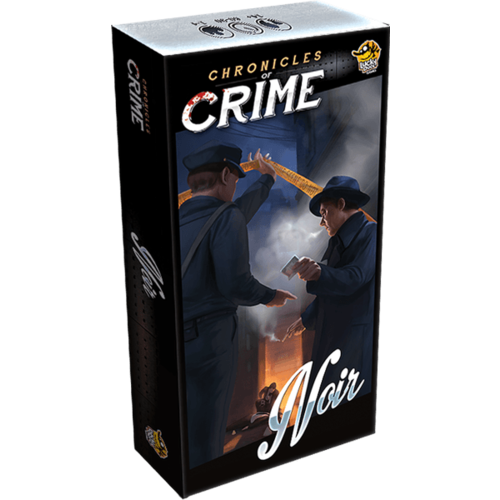 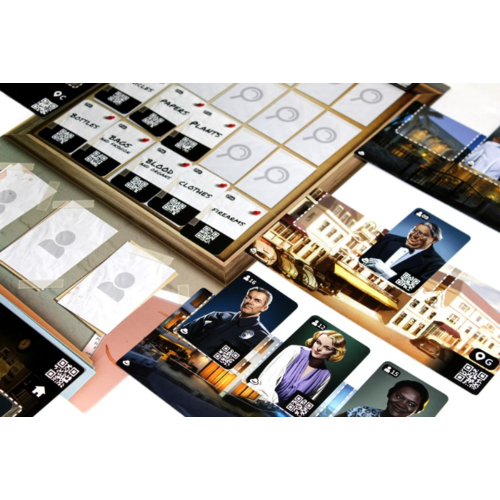 Set in the L.A. Noir universe, this expansion will change the game: no more scientific contacts to help you, but rather unorthodox methods. Bribing, breaking in, intimidating and spying will be your tools. But be careful about what you do! Everything can Lees meer

Noir is an expansion authored by Stephane Anquetil, a very talented writer with credentials including Sherlock Holmes Consulting Detective scenarios as well as Escape Books and Box (404 éditions).

In Noir, the whole group is collectively representing one private detective with unconventional methods.

Instead of Forensic Contacts, players have 4 action cards they can use at any point and any moment: Spy, Break-In, Bribe and Intimidate.

You won't be able to intimidate everyone without repercussions.
Also, your money is in a shortage, so you can't bribe everyone you meet.
Noir really brings another side to crime busting!

This Expansion requires the base game (London) to be played. It also requires an app to work (it's impossible to play without it), but once downloaded no Internet connection is needed to play. You currently need Android 4.4 or newer, or iOS 8.0 or newer to run the app, which may change in the future.