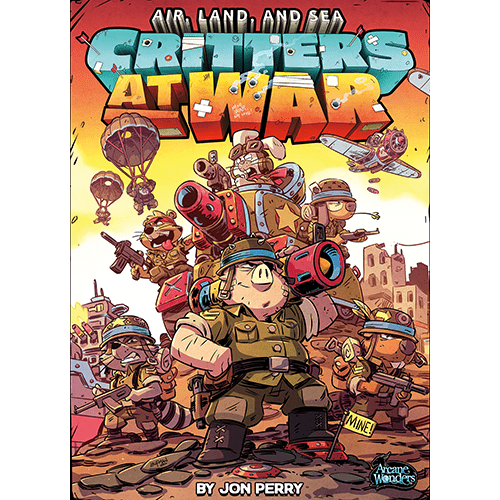 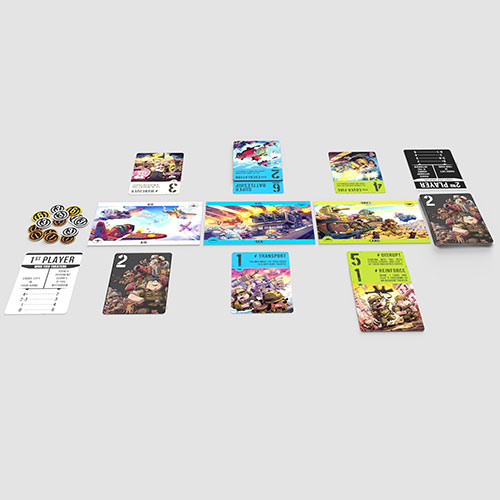 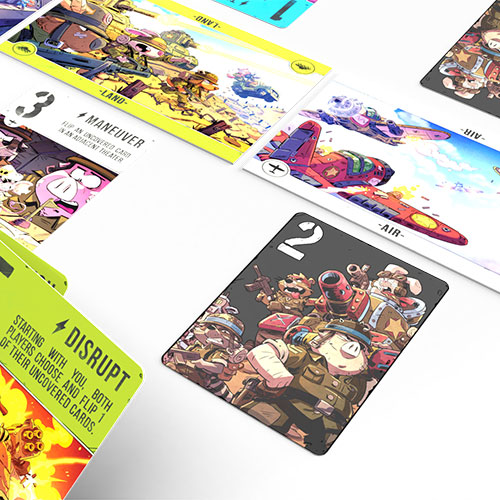 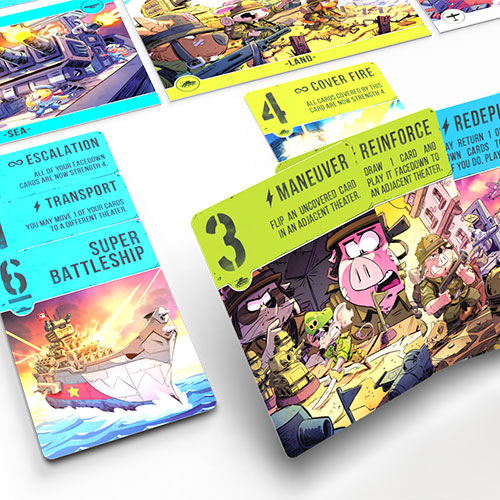 Gather your forces and face off in the air, land, and sea! Outsmart and outplay your opponent to claim your victory! Lees meer

As Supreme Commander of your country’s military forces, it is your objective to win the war by being victorious in a series of Battles! To win a Battle, you must either control two of the three Theaters of war after both players have played all of their Battle cards, or convince your opponent to withdraw!

The order you play your Battle cards is critical, and so is how you play them. All cards can either be played face-up or face-down. Playing a card face-up triggers its Tactical Ability, but the card must be played in its corresponding theater. Face-down cards are wild and can be played to any theater, but only have a strength of 2 and do not grant Tactical Abilities.