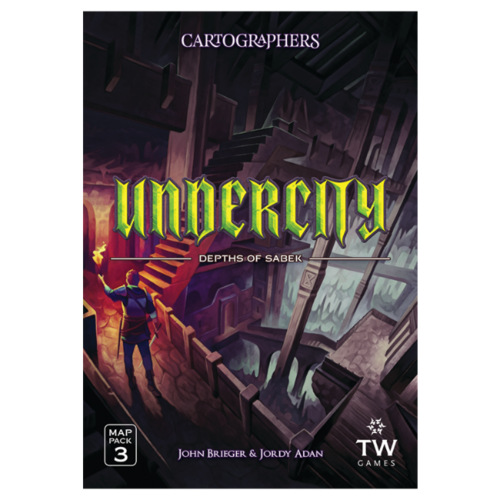 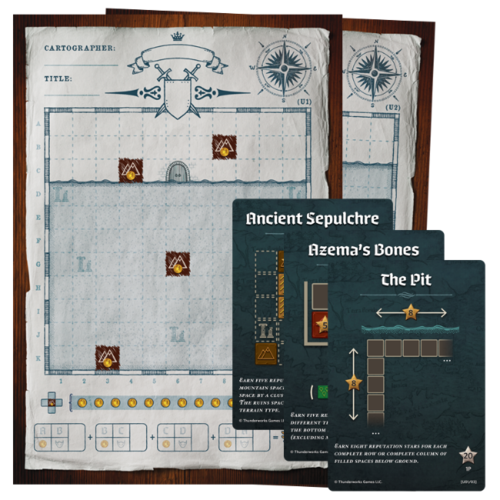 The Undercity, a twisting labyrinth of corridors, caverns, and passageways, populated by local criminals and never before been mapped. Untill now...
Can be played with either Cartographers: A Roll Player Tale or Cartographers Heroes. Lees meer

Beneath Nalos’ capital city Sabek lies Undercity, a twisting labyrinth of corridors, caverns, and passageways, populated by local criminals and renegades living on the fringes of society. No formal study of its layout has ever been done. The queen has charged you with exploring Undercity’s depths: locating underground rivers, settlements, and the strange mushroom forests that bloom in phosphorescent caverns. The last cartographer never returned — but I’m sure you’ll have better luck.