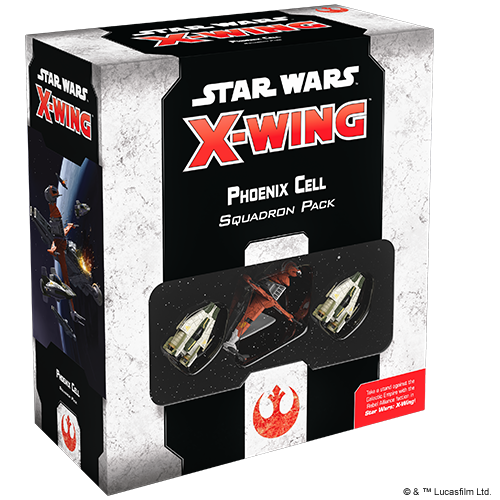 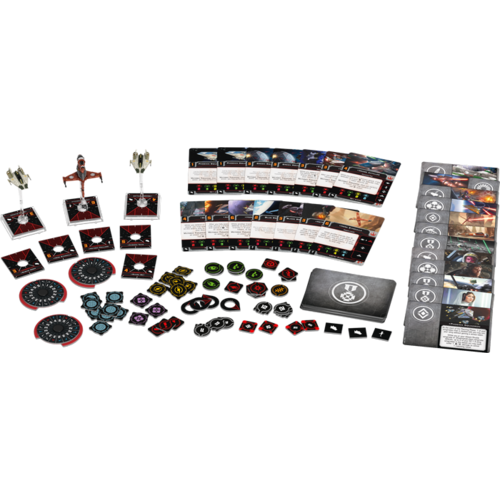 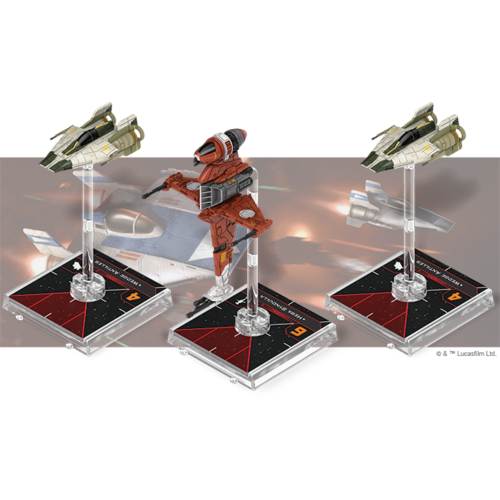 Band together to restore the Republic with the Phoenix Cell Squadron Pack for Star Wars: X-Wing! Lees meer

Band together to restore the Republic with the Phoenix Cell Squadron Pack for Star Wars: X-Wing! As an alliance of rebel cells and resistance groups unite in the pledge to overthrow the Emperor, new heroes emerge to take up the fight.

In addition to providing a A/SF-01 B-Wing miniature and two RZ-1 A-Wing miniatures in bold new paint schemes, this Squadron Pack includes early heroes of the Rebellion such as Hera Syndulla and Ahsoka Tano, featuring new abilities and upgrades based on their appearances in Star Wars: Rebels. Stoke the fires of rebellion and add new options to your Rebel squadrons!

All told, you'll find 10 RZ-1 A-wing ship cards and 4 A/SF-01 B-wing ship cards in this expansion, giving you even more pilots to choose from. Additionally, 36 upgrade cards invite you to further customize your Rebel squadrons, including upgrades designed for Epic play. Finally, seven Quick Build cards help you get these pilots and upgrades into the fight as fast as possible with convenient preset selections.