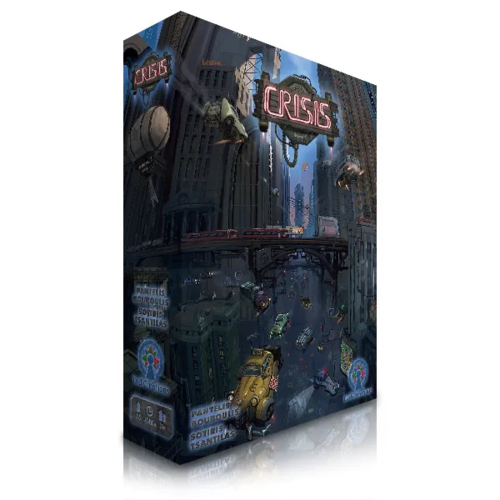 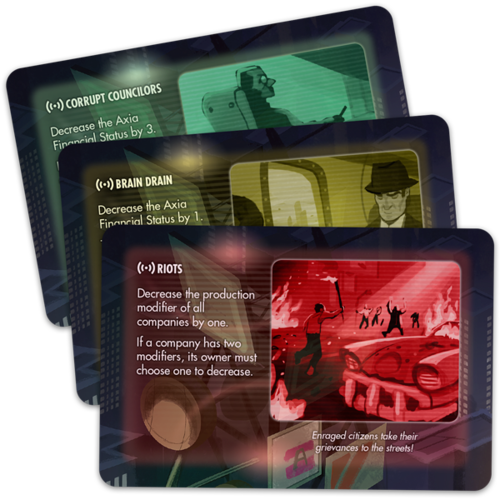 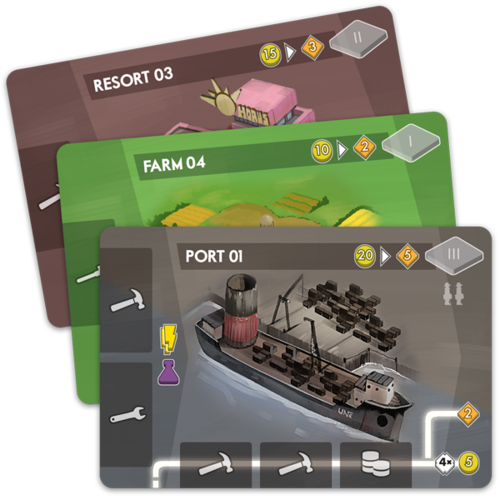 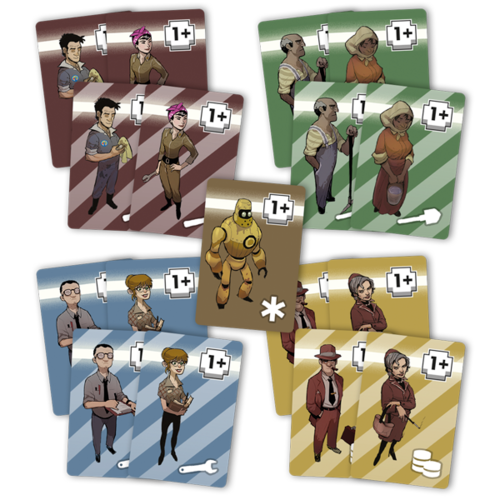 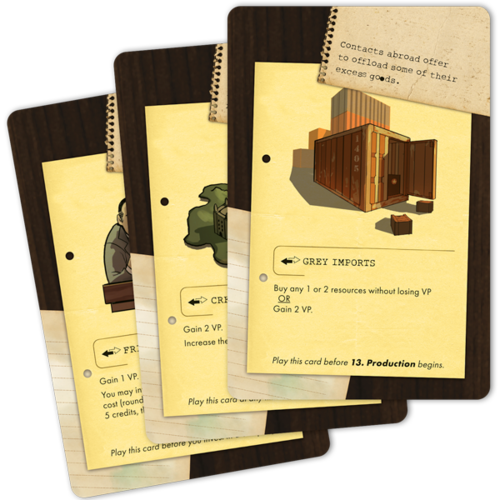 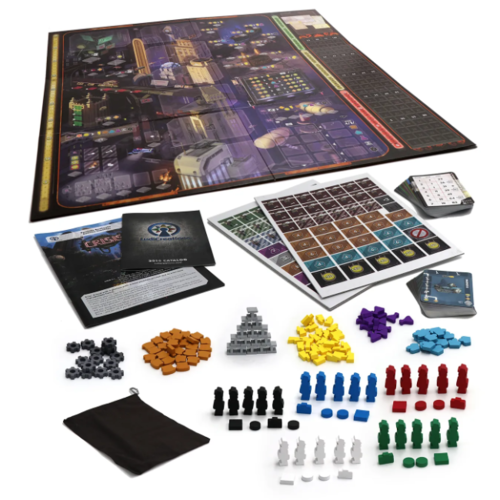 CRISIS is a gritty, dieselpunk-themed economic game for 1-5 players that love tough decisions as much as they appreciate quality custom components. Lees meer

Axia. A land with a glorious past, a most uncertain present, and an even more unpredictable future.

The goal in Crisis is to survive, and even thrive, in business while everything else is collapsing around you.

Set in a struggling nation rife with social unrest, a handful of industrialists see opportunity in the midst of economic crisis. Players send their managers to bail out struggling businesses, recruit employees, raise capital, and produce goods for export.

In the shifting market, players compete for foreign contracts or for some quick cash in the black market. Shady business tactics can win influence or grease the right palms, but too much corruption may lead to rioting. Do you have the cunning to profit from this crisis and defeat your rivals?