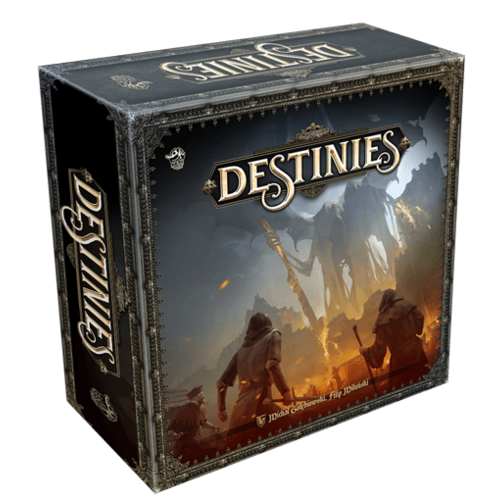 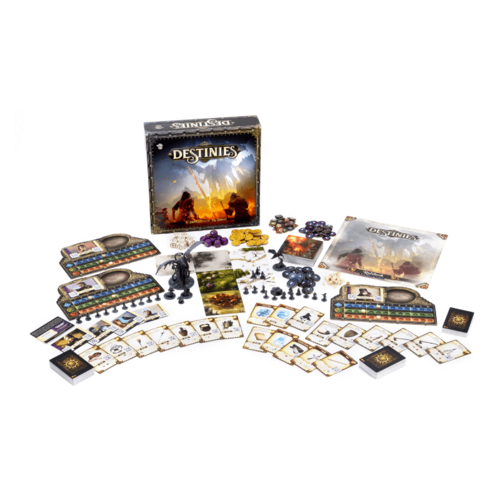 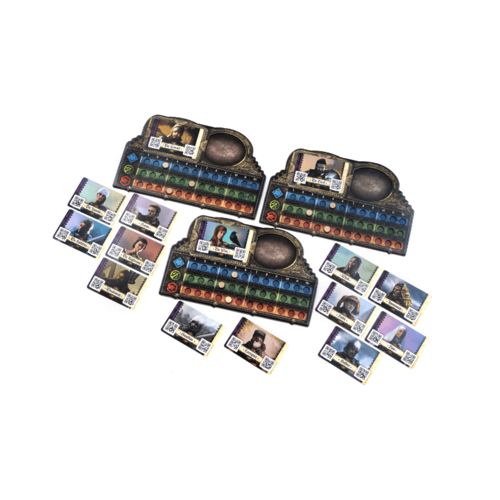 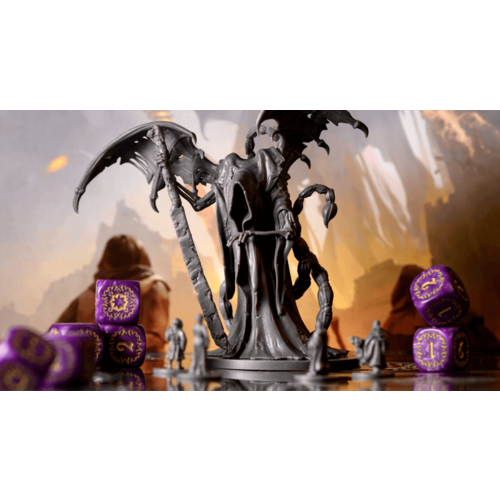 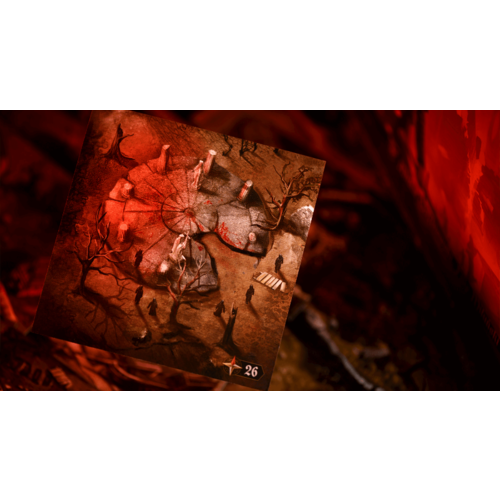 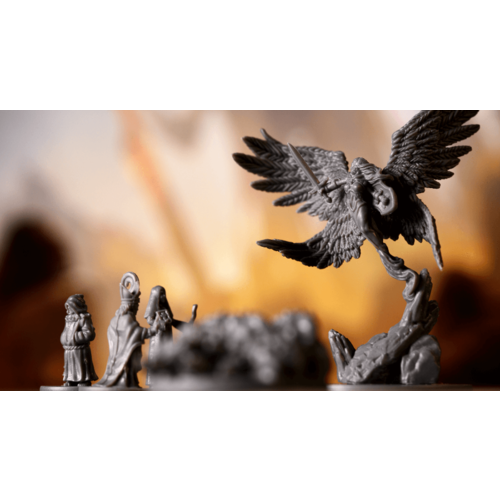 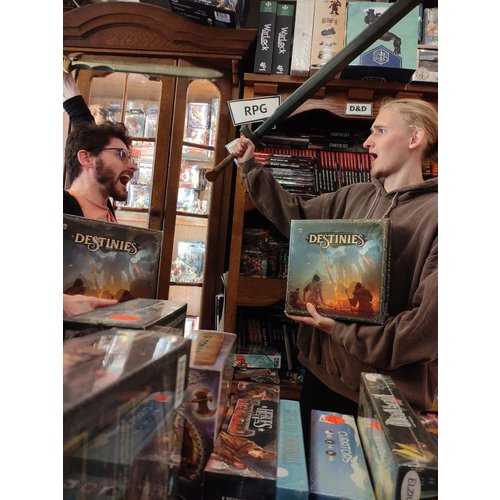 Destinies is a competitive, story-driven, game of adventure and exploration, mixing an app and a board game! Lees meer

Destinies is a competitive, story-driven, game of adventure and exploration, mixing an app and a board game. The Destinies system offers a fully story-driven, app-supported, RPG-like board game experience without the need for a game master. Each scenario pictures a part of a vivid world, full of dark stories, epic characters, and mysteries to solve. Each player takes the role of a hero on a quest to fulfill their destiny.

Destinies use an app and Scan&Play technology to offer players a unique story-driven experience full of dynamic events, epic adventures, and an ever-changing game world. At every turn, players discover new parts of the world presented on tiles, explore them, and pick one point of interest to visit. There, they will learn more about the story and make crucial choices about how they want to interact with people, creatures, and challenges faced. The consequences of each choice are meaningful and often change the state of the world forever.

“Player agency” is truly rewarded in Destinies as players are able to freely explore, interact with characters, make impactful decisions and truly feel the consequences of their actions in the world. Scanning item cards into the app will present players with contextual outcomes to their actions. For example, choosing to throw a flaming torch into a mystical grove or applying medicinal herbs to a wounded druid could have very impactful opposing effects on the entire game world.

Alongside traditional RPG mechanics such as Intelligence and Dexterity tests, the Destinies app will track the “Virtue” of the player’s actions. Caught stealing food? Characters may refuse to speak with you. Paying the debt of someone down on their luck? They’ll remember and may support you in the future. Ignore the increasingly ravenous rats on the farm? Be prepared for swarms to overrun the town!

Every scenario in Destinies depicts part of a vivid world, full of dark stories, epic characters, and mysteries to solve. Players take on the role of everyday people with epic destinies to fulfill, and if they do so before the other players, they will win the game. On their journey to reach their destiny, players will uncover mythical locations, interact with intriguing characters, and encounter foul demons and beasts which will present challenges to be overcome.

Each scenario in Destinies features three unique playable characters written specifically for each story. Each character has two possible destinies and all the possible destinies are intertwined with one another. Every action you take or piece of information you reveal to the other players can have a significant impact on the gameplay and the choices that will be made.

Destinies is for 1-3 players and comes with five unique scenarios, each offering a 2-2.5 hour tabletop experience. It will appeal to fans of role-playing, narratively driven, or exploration games and it can be taught in just a few minutes.