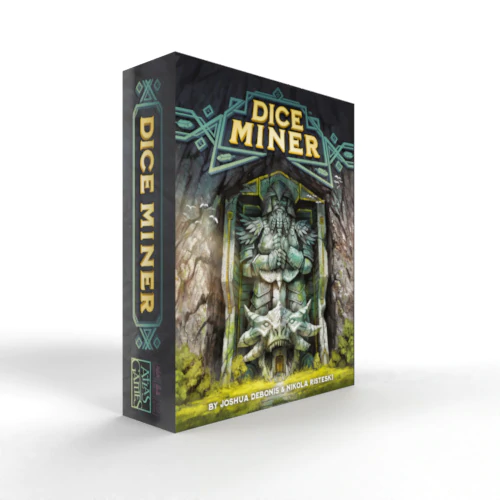 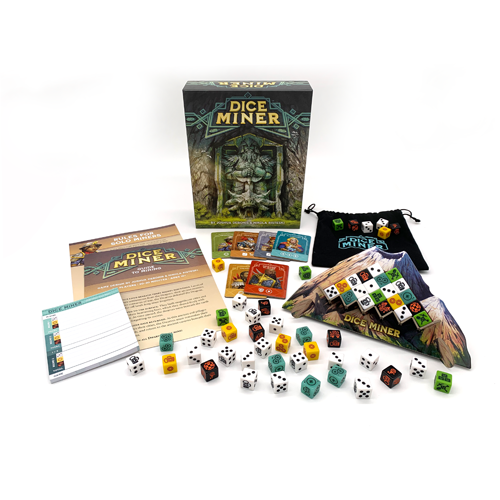 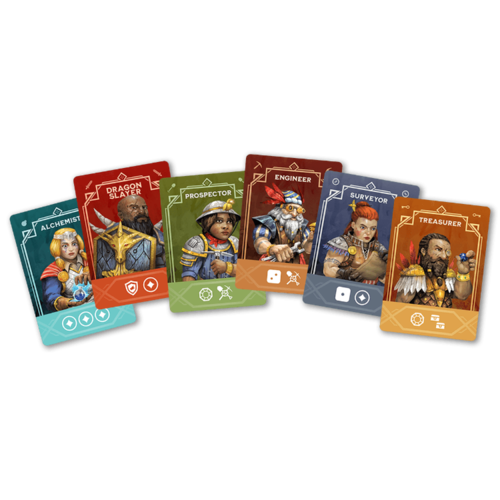 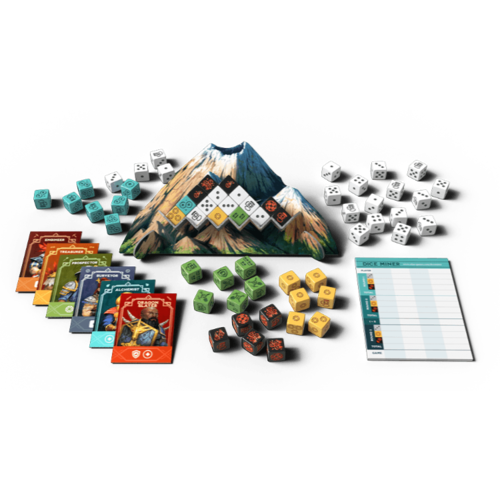 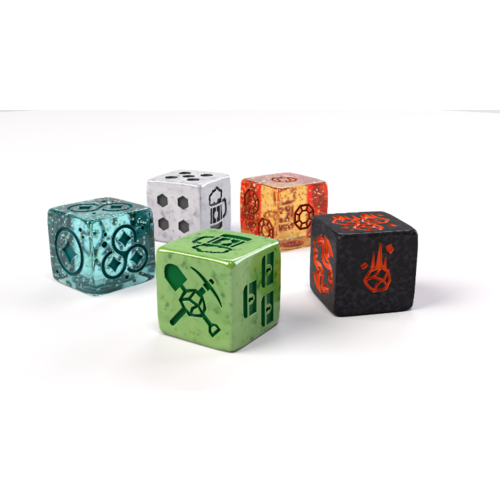 The Dwarves once lived beneath three mighty mountains. After centuries of war they defeated their age-old enemies the Dragons. Moving to the surface, the Dwarves built magnificent cities and won renown for their heartening beer.

But now, the Dragons have returned. The Dwarves must remember their roots, clear old tunnels, and return to ancient caverns while fighting their primeval foes.

In Dice Miner, a sloped mountain board is filled with dice.Players take turns choosing dice from it. Each time the mountain is emptied, players score based on the faces showing on their dice.

Five types of dice help or imperil the Dwarves in different ways.

In addition to each die type’s unique function, every die in Dice Miner has one Beer face. Sharing Beer gives players extra picks that provide even more options.

To play a full game the mountain is filled, mined, and scored three times. In each round, players keep the dice they chose in previous rounds, so each player’s trove grows over the course of the game, and their scoring potential increases.

After three mountains have been mined, the player with the most points wins!