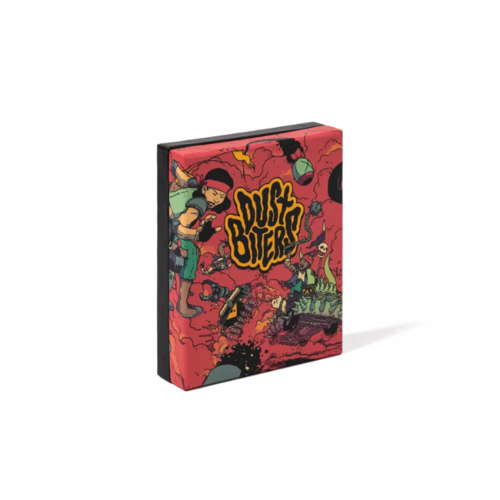 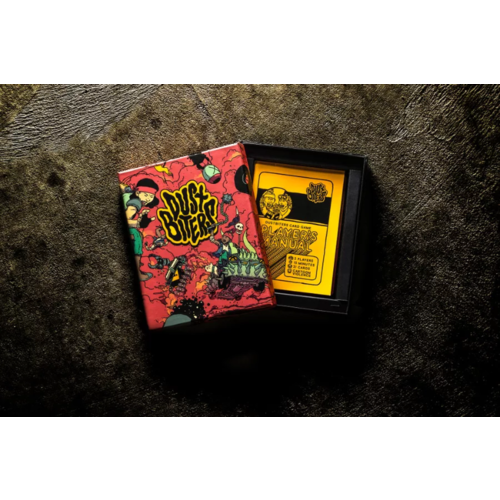 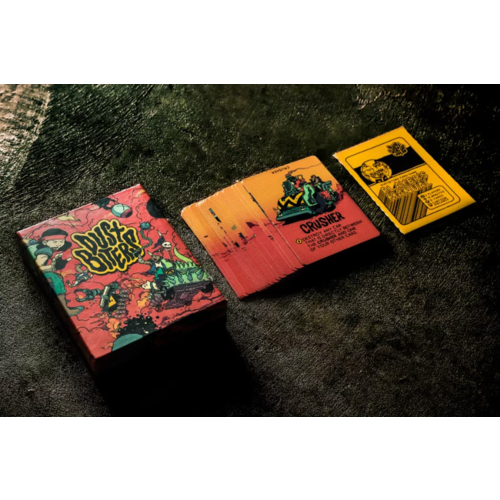 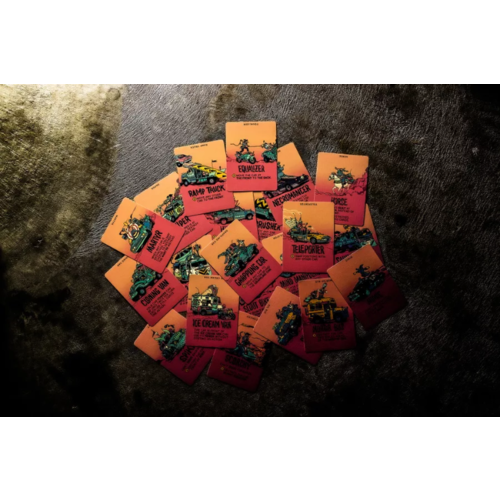 Dustbiters is a quick and furious card game about rival car gangs racing to outrun a giant dust storm.

Last car standing wins! It's 100 miles an hour in the dirt and you're gonna need all the cunning, trickery and horsepower you've got!

Dustbiters is a two player card game where each player controls several cars in a convoy. The goal is to destroy (or outlast) all of your opponents cars.

During a turn the player has 3 actions that can be spent in several ways, each costing one action:

But beware, at the end of each turn the car at the back is destroyed by the dust storm!