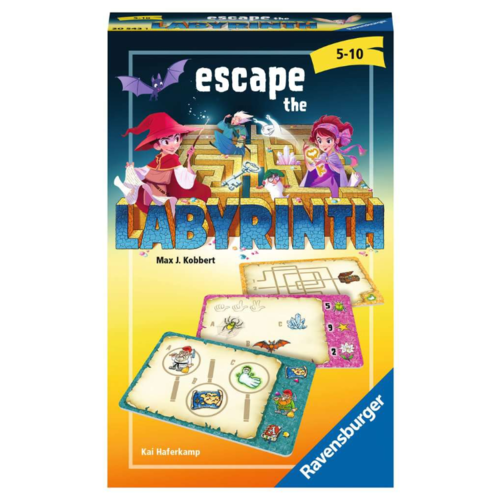 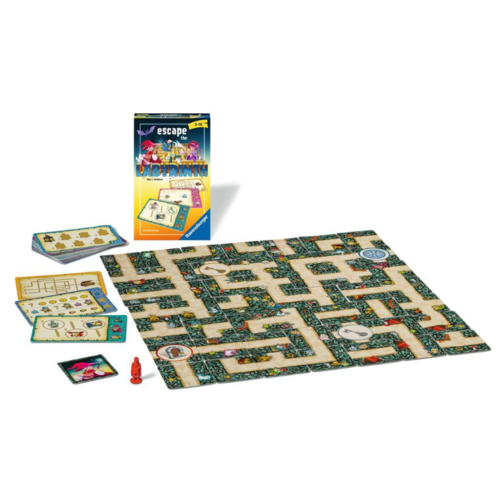 A cooperative riddle labyrinth for children.

The players are trapped in the haunted maze. They have to reach the two sets of keys and then the exit. For this, they need to rotate the cards to change the paths.

The maze consists of 7x7 cards with routes (including a start card, two keys, and an exit). On his turn, a player first moves the (shared) player token along existing paths. Then he can rotate a path card; to do this, he must first take one of the task cards, and correctly solve the task on it. A task has also to be solved when reaching a set of keys, or the exit.

There are 5 different types of tasks; for example, finding a specific illustration in the maze, counting how often a symbol appears in a maze, or recognize the correct shadow image for an item. The back of the task card shows the correct solution.

The players win the game if they get out of the maze with at most two wrong tasks. Three wrong answers, and the game is lost.