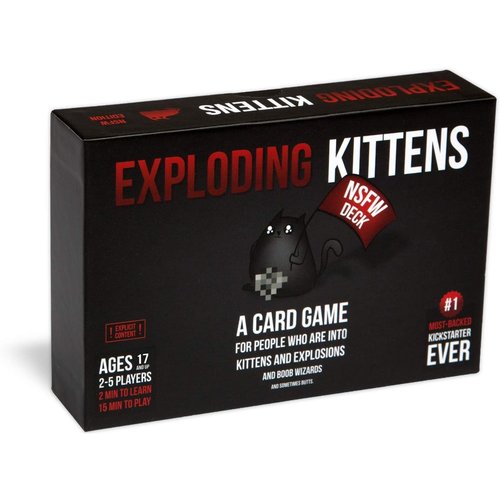 Originally an expansion for Exploding Kittens, the most successful Kickstarer project ever, that contained cards that were too horrific and/or incredible to be included in a kid safe version.

As a stretch goal this was turned into a stand alone game that can be combined with the standard Exploding Kittens deck.

If you combine the two decks, you can go up to 9 players. 10 with Imploding Kittens.

Age recommendation 17+, 15 minutes of fun with every game.