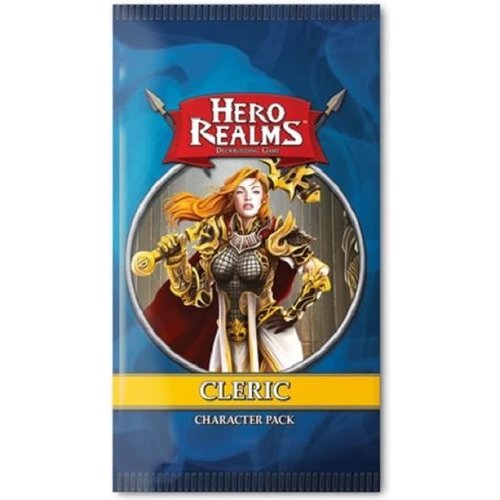 Hero Realms - Cleric Pack: expansion to the Hero Realms base set. Allows you to play as a Cleric, with your own unique abilities. The pack includes 15 cards. Lees meer

Expansion pack to the Hero Realms base set, which allows you to play as a Cleric.

The Cleric Character pack is a solid choice in a party for Campaign play, but how does it handle on its own?

Quite well, actually! Clerics have traditionally been a support class in fantasy-based games, but in the world of Hero realms, anybody and everybody can go toe-to-toe on the front lines!