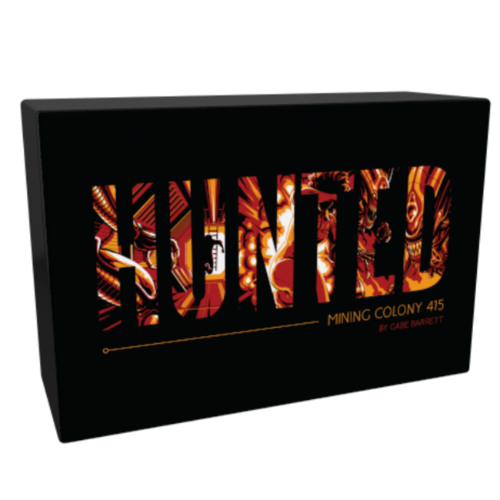 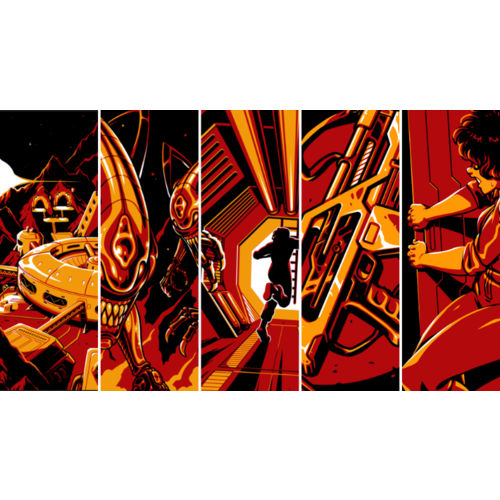 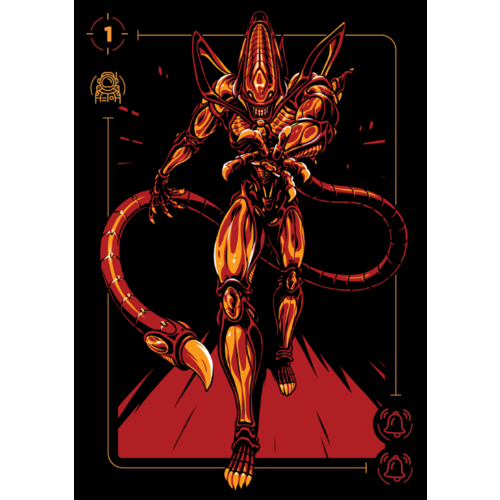 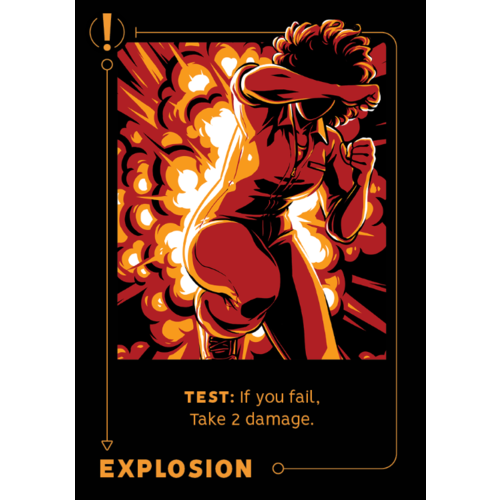 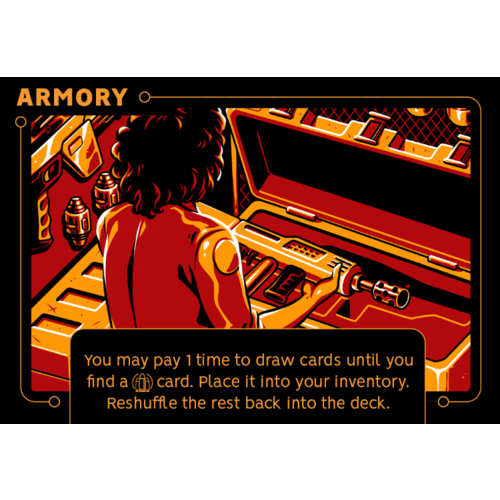 Fend off blood-thirsty aliens and get back to your spaceship before the colony self destructs! Lees meer

You were on your way back to Earth after a year-long mission when a distress beacon abruptly roused you from hypersleep. The message was mostly static, but it was obvious that something terrible was happening at Mining Colony 415.

Once you and your crew landed and started looking around, unidentified lifeforms started wreaking havoc. During the chaos, everyone got split up and you don’t know if anyone is alive or dead. Even Sprinkles, the ship’s cat, is missing.

You just heard over the colony’s announcement system that the self-destruct protocol has been activated, so you’ll have to race back to Landing Pad 7 to get aboard your ship and get out of there before everything explodes… and you’ll have to do it while being hunted by aliens.

Hunted is a series of solo games in which you’re on the run from an overwhelming force that’s trying to take you out. You’ll push your luck drawing cards trying to get the actions you need to find weapons, items, and new locations as you try to escape. But be careful. If you make too much noise, they’ll find you…