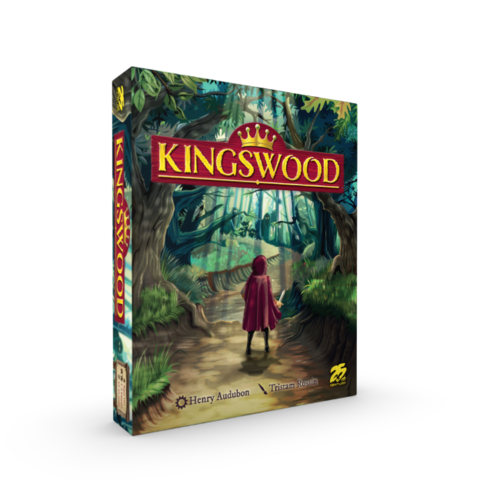 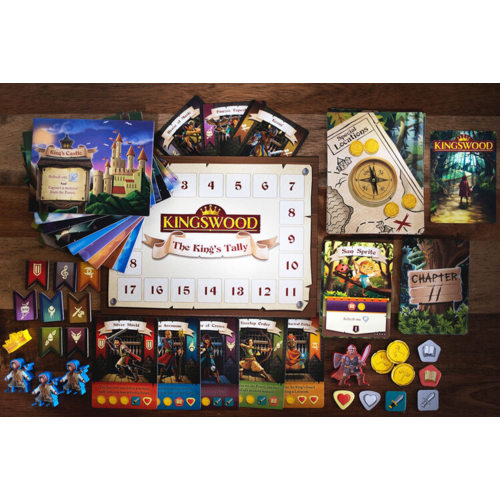 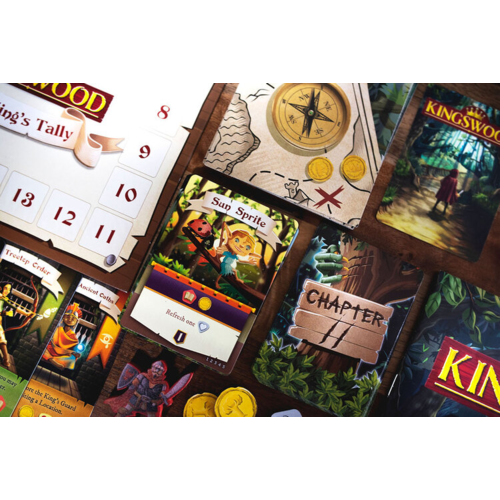 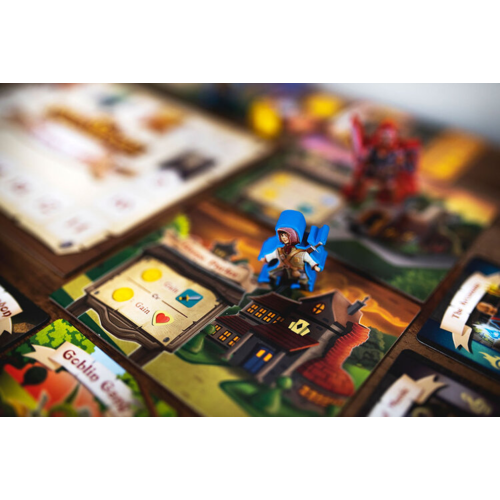 The King has assembled the most prominent village Guilds and issued a challenge: rid the surrounding forest of monsters to earn your Guild widespread fame and glory! Lees meer

The King has assembled the most prominent village Guilds and issued a challenge: rid the surrounding forest of monsters to earn your Guild widespread fame and glory!

Players take turns controlling the guild's adventurers moving about the village. The purpose of traveling to different locations is to either build up new or refresh your existing resources. For example, you will visit the Blacksmith for your swords, the Academy for your spell books, the Market for coins, and the Tavern for your hearts. Liquid courage perhaps? There are also 7 other locations in the game, of which you will use one per game. This adds variety to the playing experience as these special locations have a wide range of abilities.

Once you feel like you have enough resources, you will venture out into the Forest. There you'll encounter a variety of monsters. These monsters will give you points to add to your glory and some of them provide immediate benefits when they are defeated. The first player to gain 20 glory triggers the end game and once all players have had an equal number of turns, the guild leader with the highest glory total is declared the victor!

Kingswood features an action rotation mechanism that puts players at the heart of the game.

Each turn you select an adventurer and move them to a new location, taking the actions associated with both the starting and ending locations. Since every player controls the same adventurers, your choices change your opponents options on their turn.