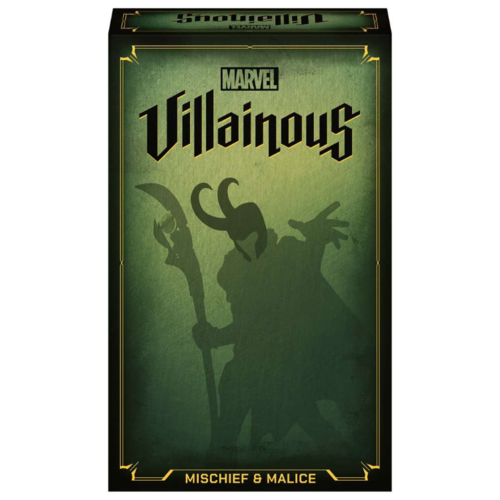 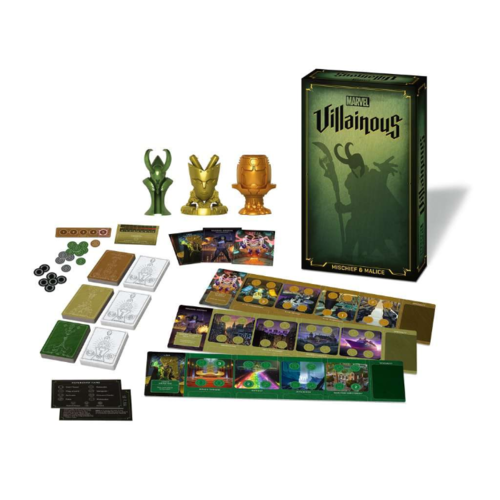 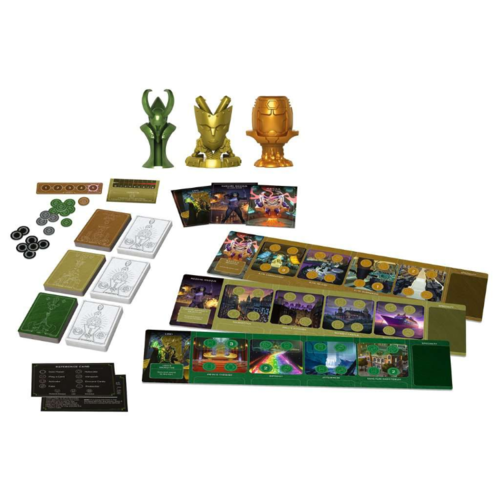 In Marvel Villainous: Infinite Power, players move their villains to different locations within their domain, carry out the actions there, and deal twists of fate to their opponents from a shared fate deck. Three different game modes allow players to scale the difficulty of their game by facing more or fewer events — situations that extract a heavy toll on villains until they are resolved the only way villains know how. Specialty cards add to each villain's ability, making them even more formidable as more specialty cards are played.

Marvel Villainous: Mischief & Malice is a standalone game that can also be combined with the Infinite Power base game. This "expandalone" feature three playable Marvel villains who each have a different goal to achieve in order to win: Loki needs to collect and spend ten "Mischief", while Madame Masque needs to defeat eight Marvel heroes, and M.O.D.O.K. must activate the Cosmic Cube.