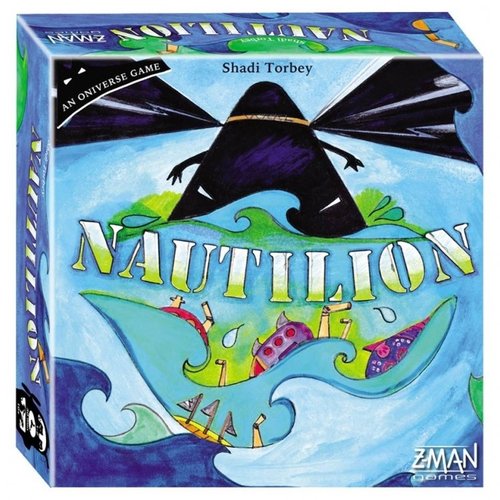 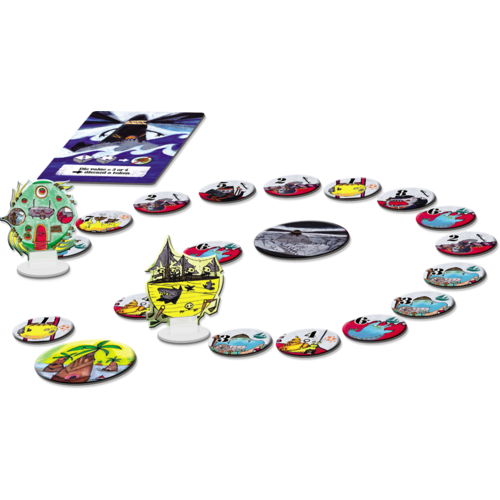 Take command of the mighty Nautilion submarine to save the oneiric ocean in this dynamic dice game. Lees meer

The treacherous Darkhouse desires to expand its empire across the vast oneiric ocean. To enact its wishes, it has sent its infamous henchman, the Phantom Submarine, to enslave the Happy Isles. The only way to stop this elusive vessel is to face the Darkhouse itself! In Nautilion, one or two players work together to race across the ocean and neutralize the Darkhouse before the Phantom Submarine reaches the Happy Isles. You will need to gather a formidable crew and tap into powerful spells to accomplish this heroic task. Take the helm of the Nautilion, control the changing tides, and put an end to the Darkhouse’s delusions of conquest before its destructive fleet reaches its destination!

Nautilion is a stand-alone dice-based game set in the Oniverse that presents a unique take on the roll-and-move genre. Determine the ocean’s currents each turn by rolling and assigning dice to the Nautilion, the Phantom Submarine, and the Darkhouse. Based on these currents, the Nautilion and Phantom Submarine move along the path of Crew tokens that lies between the Abyss and the Happy Isles. During the journey, the Nautilion must pick up the nine crew members required to fully staff the submarine and defeat the Darkhouse. But the Phantom Submarine has its own plans. It discards crew tokens as it passes them on its way to the Happy Isles. You must decide which dice you need and which you can leave to your enemies. Nautilion includes five expansions with new crew members, powers, treacheries, and challenges that add strategic depth to your quest. Staff your sub, plunge into the Abyss, and defeat the Darkhouse before it’s too late!