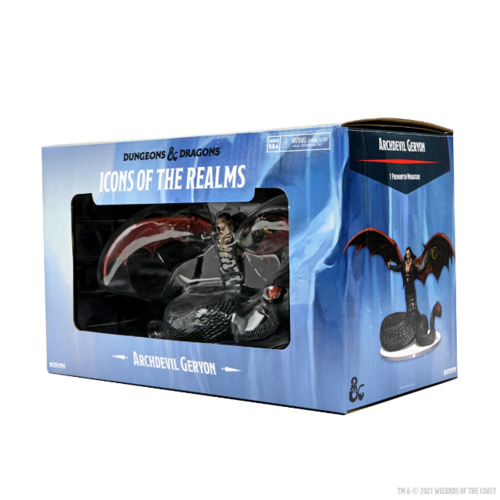 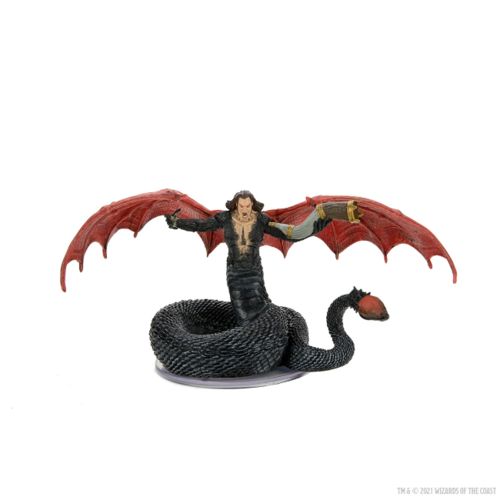 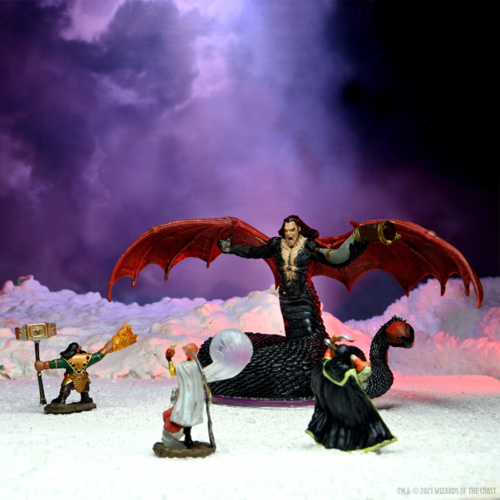 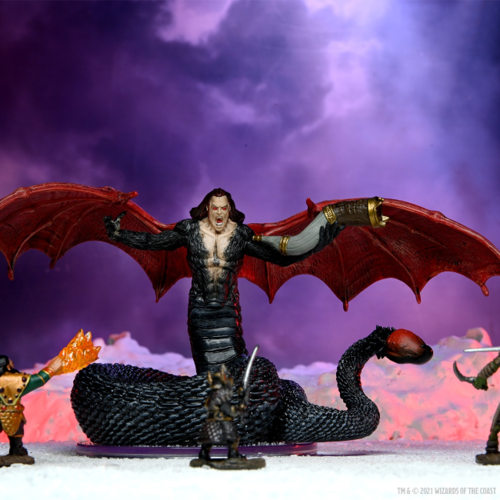 Dungeons and Dragons: Icons of the Realms - Archdevil Geryon (painted)

Geryon is locked in an endless struggle with Levistus for control of Stygia. The two have fought each other for centuries, each displacing the other innumerable times. Currently, Geryon occupies an odd position in the infernal hierarchy. Lees meer

Although Levistus still claims lordship over Stygia, he has been trapped in an enormous block of ice at the command of Asmodeus. For his part, Geryon marshals his followers and seeks to discover the means to replace his hated rival.

Among the archdevils, Geryon and Zariel are especially known for martial prowess. He is a ferocious hunter and a relentless tracker. Other devils command legions and bid their followers to battle their enemies. Geryon loves the feeling of flesh and steel being sundered beneath his claws, and the taste of his foes’ blood.

Geryon’s ferocity serves him well in Stygia’s frozen waste, but it has also limited his ability to collect souls and forge an effective hierarchy. Sages who study the Nine Hells believe that the battle for control of Stygia is a test staged by Asmodeus in hopes of purging the worst impulses from both Geryon and Levistus, or at the very least opening the door for a competent replacement for both to rise from the ranks.